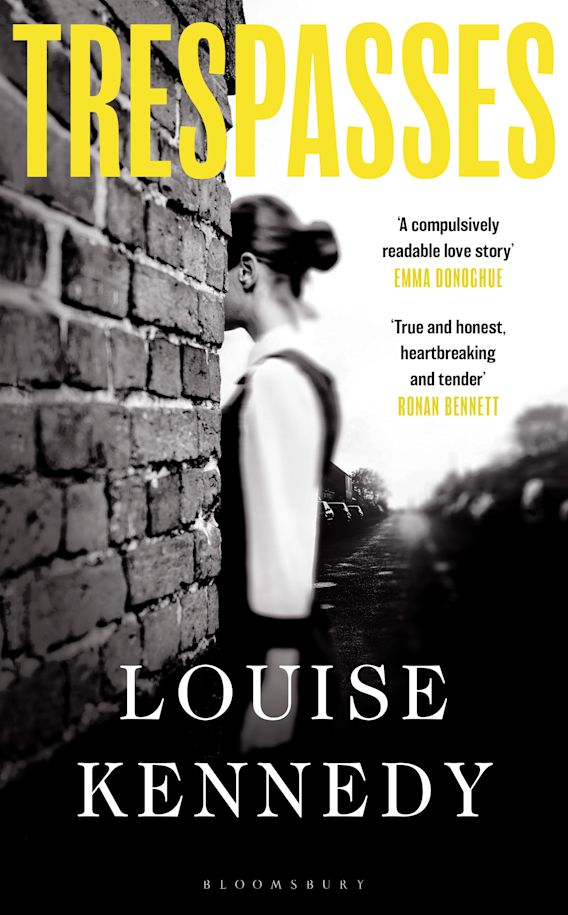 Almost a quarter century has passed since the Good Friday Agreement was signed and ‘Troubles’ fiction appears to be in bloom—and boom—with a surge of new female voices, in particular, such as Anna Burns, Jan Carson and Wendy Erskine. ‘This is a post-conflict society—by its nature, it’s complex. I think it’s dawned on people that this is a pretty interesting thing to write about and read about,’ Erskine has said.

The old politically cautious adage—whatever you say, say nothing—seems finally to have been put to bed where writing about the Troubles is concerned.

Or has it? At the time of writing, Belfast fiction writer and playwright Rosemary Jenkinson caused raised eyebrows by berating fellow Nordies in an article in Fortnight magazine for ‘feasting on the dead corpse of the Troubles more than ever’ and urged them to stop peddling ‘narrow-visioned Belfast Noir’.

The article had very personal consequences for Jenkinson. Doire Press, who were due to publish her debut novel, terminated their association with her on the basis of the Fortnight piece, stating that Jenkinson’s views would damage her prospective sales figures. Their decision is a testament to how marketable Troubles-era fiction has become. Belfast has become sexy enough for Kenneth Branagh to package it decorously for a Hollywood audience and Derry has become comic gold through the TV series Derry Girls.

Louise Kennedy inhabits the same territory but in a completely different way. Her collection of stories, The End of the World is a Cul de Sac, released last year was, literally, a blast of emotional conviction. What marked it out, apart from Kennedy’s rich and muscular writing, was the liminal space it inhabited, a border county state of mind, one foot in the South, the other firmly in the North. So there were stories about crumbling ghost estates, fairy ringforts, marijuana grow houses, burial sites of the North’s ‘disappeared’—places weighted with moral hazard. This duality may have something to do with Kennedy’s own history as a Northerner who came south as a twelve-year-old.

In Trespasses, Kennedy has nailed her colours to the mast in terms of fictional territory. This is unashamedly a Troubles novel—pace Rosemary Jenkinson—set in 1975, about a twenty-four-year-old teacher, Cushla Lavery and her relationship with an older married man. A familiar enough trope, you might say. But in the Northern Ireland of the time, the fact that Michael Agnew is a well-got Protestant barrister defending Republicans and learning Irish (which is how he introduces Cushla, a nationalist Irish-speaking Catholic, into his social circle of arty professionals) means that their affair is not just explosive romantically, it’s cultural, tribal and, of course, political dynamite. As a couple, they may share many of the same attitudes, but in this society they’re still on different sides.

There are two other strands in the story. There’s Cushla’s relationship with her alcoholic mother and the regulars in the family bar where she helps out at nights, and there’s her day job as a primary school teacher. She befriends one of her young pupils, seven-year-old Davy McGeown, a product of a mixed marriage, whose family is being intimidated by loyalists who want them out. Cushla’s well-meaning extra-curricular attempts to help the McGeowns have unintended consequences in the tinderbox atmosphere of prejudice and bigotry that is the North of the 1970s.

As someone who lived through the era of the Troubles—albeit from a distance in the South—it was eerily disturbing to be plunged back into the numbing roll-call of tit-for tat atrocities in this novel, a reminder of how frighteningly commonplace these once were. But for the non-Northern reader, what’s chastening about Trespasses is how it demonstrates the smaller distortions in people’s emotional lives—the needling interrogations at checkpoints, the casual disruption of social norms. When Cushla gives out to her drunk mother for forgetting to draw the living room curtains at night, she replies, ‘sure who’d shoot me?’—a reminder that in this world, it’s not just privacy that’s at stake. In another scene, a Catholic wedding is raided by suited and booted soldiers who storm in, swagger about and then leave. The bride is ‘resplendent with outrage’ but the rest of the wedding guests simply shrug their shoulders and return to the bar.

Because Cushla is engaged in an illicit relationship, the action of Trespasses, plays out in enclosed spaces—Michael’s flat, the family pub where they can meet without arousing too much suspicion, Cushla’s classroom, a lay-by for furtive assignations, raucous parties in people’s kitchens. The texture of these spaces is precisely rendered—the ‘dunt’ of a fridge in a silent house, the ‘rusty drool’ from a leaking gutter. Kennedy writes superbly about place. On a weekend away with Michael Agnew in Dublin—a dirty weekend spent, ironically, in Wynn’s Hotel, once a favourite of the clergy—the first thing Cushla notices about Dublin is the pavements ‘clotted with phlegm’.

Her observations about people are equally visceral. Cushla’s mother has a ‘thinness of limb, a worrying contrast with the boozy bloat of her face’.  After a night spent with Michael, she wakes with her ‘nose in the hot scalliony hair of his armpit’.

As a former chef, Kennedy is terrific on food, and uses it to show up the contrast between the two worlds Cushla is attempting to straddle. The sophisticated dinner parties she’s invited to with Michael are marked by unselfconscious largesse—Melba toast, curls of ham tied with chive, beef bourguignon brought casually to the table in a casserole. When Cushla tries to ape the effect at home, her rhubarb crumble is ‘shrunken and jammy, an unappetising dun colour’.

‘She had fancied, when she asked her mother to host lunch that there would be hours of good food conversation, like at Penny’s table.’ But, as Cushla sourly admits, the Laverys are an unhappy family.

The comparisons extend to language itself, equally distorted by the Troubles. ‘Good Protestant whiskey. Good Ulster Prods. When something was clean and tidy, when it was as it should be, it was described as Protestant-looking. Even Catholics said it,’ Cushla observes.

That the relationship with Michael Agnew is going to end badly is hardly a spoiler but despite the foreshadowing, the end when it comes is not just a shock, it’s a gasp out-loud moment, a punch in the solar plexus. There’s that sense of conviction again, a testament to Kennedy’s ability to inhabit the mindset of her main character, a young woman in the thrall of her first real love affair. We, the readers, have been in the same fool’s paradise as Cushla has. Even though Trespasses is a retrospective narrative, opening with a mature Cushla recalling the events from a 2014 perspective, Kennedy stays true to the present of the novel’s action. We feel Cushla’s devastation and her chastening realisation that she has, heedlessly, contributed to the tragic turn of events.

There’s a Greek intensity to the overlapping of the two narratives. The affair with Michael and the plight of the McGeowns living in their own hellish liminal space emphasise the claustrophobia of the North, the physical proximity of the two tribes to one another and to the bruising, scatter-gun violence. Kennedy’s writing is full of compassion and power. The intensity of her characterisations, even the secondary characters, speak to her writing origins in the short form. The denizens of the Laverys’ pub, for example, are as finely drawn as the novel’s protagonists.

Trespasses doesn’t read like a debut novel. Here is a writer sure-footed emotionally and dexterous linguistically. The novel recreates the 70s world faultlessly—its downbeat mood, its music, its fashion—down to those Crimplene suits and vanity cases! The writing is witty and mordant. But most importantly, Trespasses seems like a necessary piece of work. Lest we forget what the Troubles really meant.

Mary Morrissy is a novelist and short story writer. Her novel Penelope Unbound is forthcoming in 2023.

The Road to Termonfeckin