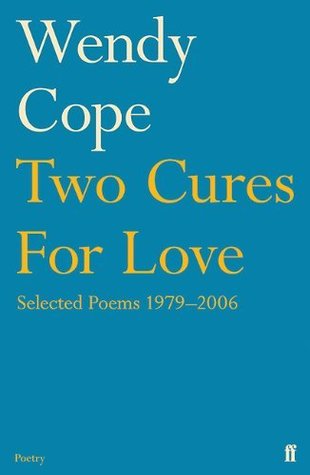 A common wheeze in the music business when a band hasn’t come up with much top ten product for a while is to bung out the greatest hits as a holding operation. It is on this principle, I suspect, that Faber and Faber have issued the volume under review. The selection draws on the author’s three collections to date: the dazzling debut (Making Cocoa for Kingsley Amis, 1986), the eagerly awaited follow-up (Serious Concerns, 1992), and the marginally less okay, much longer awaited (If I Don’t Know, 2001). It comes with ten pages of notes.

Admittedly some of the notes are more entertaining than others: ‘One evening I found myself at a reception where Amis was also a guest. I wanted to meet him but didn’t dare go up and speak to him. That night I dreamed I was making him a cup of cocoa. When I woke up I found the dream amusing because it was fairly well known that cocoa was not the author’s favourite drink (he preferred whisky).’

That knight indeed had little time for what Chesterton has rightly called ‘a cad and coward.’ Nor had he much liking for notes. ‘The need for such informative distractions damages the work concerned and their presence in a book of light verse is an intrusion’ (The New Oxford Book of Light Verse, Introduction, 1987). Here’s some more of Cope’s own introduction: ‘I have chosen poems from all three of my collections, together with a few new ones. I’ve also included a small number of poems that, for one reason or another were omitted from earlier books but now seem to me worth publishing here.’ ‘Few’ and ‘small’ are les mots justes (I’ll take a chance and assume you know what the phrase means) for sure, as I make the total of new poems to be seven, one a haiku.

For what it is worth (and it’s worth plenty if you are encountering the work for the first time) the volume contains a generous supply of brilliant light verse. Her versions of Seamus Heaney, Ted Hughes, and Craig Raine remain fixed stars in parody’s stratosphere and will live on as long as their originals. It is no very extravagant encomium to say that Ms Cope has done for English verse what Sir Max Beerbohm did for English prose in A Christmas Garland.

Her original ‘Men—can’t live with ‘em, can’t live without ‘em’ and ‘It’s a funny old world’ pieces tend to be less consistent (although impeccably crafted—she knows her trade). While we are spared ‘Tumps’ (Typically useless male poets) and ‘Men and Their Boring Arguments’, inclusions like ‘Bloody Men’ and ‘Loss’ veer perilously close to what Dorothy Parker called ‘calisthenics with words.’

In his poem ‘A Bookshops Idyll,’ Kingsley Amis writes (of women poets): ‘And the awful way their poems lay them open / Just doesn’t strike them.’ And when Cope gives us: ‘Cuddling the new telephone directory / After I found your name in it / Was going too far’ it seems to me that the shoes into which she is stepping are not Ms Parker’s but the clunking Manolo Blahniks of Bridget Jones.

And why does a poet capable of a pyrotechnic tour de force like ‘A Policeman’s Lot’ (‘It’s not the sort of beat a chap would choose/Patrolling the unconscious of Ted Hughes) choose to include a squib as damp as ‘Timekeeping’:

Late home for supper
He musn’t seem drunk
‘The pob cluck,’ he begins
And knows he is sunk.

Which comes in at exactly the hilarity level of the baseball cap inscribed ‘Tee Many Martoonies’ so beloved of Middle America.

But there is a third voice, and it is that of a real poet. Stevie Smith might rightly envy the controlled fragility of a poem like ‘Tich Miller’. When Cope is herself moved she can deploy the words that move the heart.

When the late Sir Kingsley Amis edited the New Oxford Book of Light Verse, he was taken to task for sexism by Germaine Greer. Why had he included only one woman poet? ‘Because,’ he replied, ‘there aren’t any others.’ There is now. Here, to end is one of her ‘Waste Land Limericks.’

No water. Dry rocks and dry throats.
Then thunder, a shower of quotes
From the sanskrit and Dante
Da. Damyata. Shantih.
I hope you’ll make sense of the notes.

May the last line not return to haunt her.