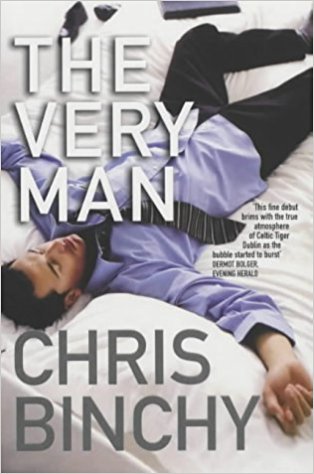 In Reagan’s 1980s, New York City was defined by excess. With Wall Street booming, men were chauffeured around the city’s exclusive clubs, snorting coke and comparing expense accounts. Their attention span ran the length of a miniskirt, their confidence rising and falling in correlation to the Dow Jones Index.

I’m generalising. The group just described made up less than 1 % of New York’s population, yet you’d never know it reading the American novels set in that era. The public was-and still is-interested in reading about rich white boys who have it all, and who inevitably find new and interesting ways to lose it. Typically, there’s a life-changing moment or revelation thrown in for good measure.

There are also plenty of novels written describing the ‘silent majority,’ the people outside the spotlight. While some of these are just as successful, the selling power of either novel is irrelevant. What’s at issue here is the dichotomy. When examining a specific time period and place, novelists tend to either focus their attention on the struggling masses, trying to claw their way toward something resembling a living, or the aforementioned lofty professionals.

The reason a writer chooses to write about a particular subject belongs to the writer alone, not his or her audience. We can only judge the results of the author’s interests, passions, obsessions. Personally, I tend to judge contemporary novels far harsher than ‘classics.’ Having lived in more places than most, I am both receptive to and critical of novels attempting to compare cultures, especially when the novelist focuses on a small sliver of each population.

Considering the resemblance between today’s Dublin and yesterday’s New York, it was only a matter of time before Irish writers began examining the similarities. The Very Man, Chris Binchy’s debut novel, had the potential to be one of the first books to examine the New Dublin: it has the right setting at the right time, with a high-rise protagonist just waiting to shed some light on this phenomenon.
Rory is the typical self-starter, quickly conquering Manhattan before moving home to Dublin:

‘I worked differently. I was smart. I didn’t keep my head down. I wasn’t polite or modest or diffident. I worked my arse off and I made sure the relevant people saw me. I watched as my co-workers turned against me, one by one, as I went from being the new boy to being the competition.’

It’s not a big leap from New York, and Rory settles back in seamlessly, finding a flat on the southside, and, eventually, an attractive girlfriend to go with it.

To Binchy’s credit, The Very Man produces an archetypal high-flyer, wallowing in his own success, within just forty-five pages. By the third chapter Rory’s friends are telling him he has it all, thus introducing his agonisingly slow descent into alcoholism and loneliness. Rory’s troubles begin as most do: small. He cheats a little on his girlfriend, he lies a little to his boss. These seemingly insignificant (in truth only Rory fails to see their significance) slips in his otherwise ‘perfect’ life soon become catalysts for the breakdown. His girlfriend leaves him, his boss fires him, he’s forced to sell his chic apartment and move (horror!) to the northside, where he begins working as a cook at a cheap Italian restaurant. His friends say things to him like, ‘man you’ve changed, Rory.’

It’s here that Binchy pulls the only surprise in the entire novel. Instead of the typical rejuvenation: reborn as a small-time cook, discovering what ‘really matters’ in his life, Rory continues to abuse alcohol, his life pausing only momentarily in the kitchen before continuing its downward spiral. The book ends on a slightly upbeat note, with one of Rory’s mistresses taking him in, purely as a friend, exhibiting some unconditional and unwarranted kindness.

Despite this refreshing ending (indeed you can’t fix your life by losing all your possessions and becoming a fry cook) several crucial elements are missing from The Very Man. First and foremost, there is only one fully developed character in this novel: Rory. The people Binchy surrounds him with are most likely amalgamations of people the author met in New York and at Trinity College in Dublin, and that is exactly how they appear in the book: composites of various human traits and emotions, with no real depth or distinction from one another.

Binchy’s analysis of Dublin resembles his supporting characters: superficial afterthoughts included to give the book a semblance of depth. Rory directly addresses his Dublin lifestyle once, a brief outburst at a friend that is quickly apologised for:

‘This is what you’re supposed to do on a Friday night,’ I said. ‘Come to a place like this or to a salsa club or to whatever Norwegian ambient fucking jazz DJ is playing in the POD. It’s so contrived, you know. Nobody says it but everybody is thinking, We are just the dogs’ bollocks. We’ll queue up in the rain and pay too much for every thing and move on to the next uber-trendy bar in five minutes because Dublin’s just like Paris or Barcelona or London, except it’s not. It’s like fucking Sheffield except Sheffield isn’t so completely up its own arse.’

To Rory this is the extent of the Celtic Tiger’s impact on Dublin: a sushi bar, trendy parties thrown by friends, new places to dance. Binchy allows his fascination with the new elite of Dublin to overshadow the more resonant changes occurring in the city. The divisiveness festering in the city, both financially and psychologically, is ignored. Like New York, where Rory spends six impressionable years amassing piles of money, Dublin is reduced to a cheap stereotype.

Binchy only aggravates this offence by eventually blaming his character’s problems on the very thing he fails to dissect.

‘Our society is built on the notion that the self is supreme. Look after number one. Take care of your own. Tell me I behaved badly but look at the characters in books and films, the films, the quiz shows that actively promote treating others badly for personal gain. TV ads that repeat over and over, It’s mine, it’s not yours, it’s not for sharing, it’s all mine. The stupidity of the weak being exploited by the cruelty of the strong. The greater good was a notion that crumbled with the Berlin Wall. Society was an idea that was struggling, slowly dying in the face of an ideology that sat more comfortably with the reality of how people were and are and ever will be.’

Rory’s Social Darwinism leads directly to the line plastered above the title on the novel’s cover: ‘In a changing city, can you survive on your own?’ Binchy answers this question decisively. Rory, believing that all he needs to succeed in life is his work ethic and good looks, eventually crumbles as he isolates himself from those around him. He cannot support himself mentally without a girlfriend or sympathetic, uncritical friends. This does not make him a good metaphor for the failings of modern society, with its greed and ultimate emptiness; what it makes him is a cliche. For Rory to have been a character worth investing in I would have needed the other half of the metaphor, which is Dublin.

With this missing, The Very Man is reduced to a contrived examination of a single character. We’ve seen characters indulging in wealth and opulence and ultimately paying a price for their loss of humanity before, notably in Bright Lights, Big City and American Psycho. This is not new ground.

Fortunately, Chris Binchy does make his talents for prose apparent in this first novel. I found him to be a genuinely solid writer, with inventive changes in his sentences rhythm and tone; not to the point of experimentalism, but enough to mask the plot’s stale odour. Perhaps that is the greatest compliment I can give Binchy: despite only developing one character in the novel, whose story is not new, The Very Man is still an entertaining book to read.

The one thing missing in Binchy’s writing toolbox is humour – the novel is utterly devoid of it. He should invest twenty euro in Augusten Burroughs’ new memoir, Dry, in which the author describes his cushy advertising job, his alcoholism, his rehab. It is alternately one of the saddest and funniest books to broach the subject of alcohol abuse and unlike Binchy, Burroughs’ observations about his disease never fall back on over-used metaphors and predictable plot devices. A subtle sense of humour and insightful revelations keep the reader’s attention tuned to a seemingly exhausted subject.

Aside from his lack of humour, one other deficiency in Binchy’s writing struck me. In the 248 pages that make up The Very Man there are 193 uses of the word OK. I counted. The very fact that I counted should indicate just how distracting the repetition is. If it was averaged out over the novel, the word OK would appear once every 1.3 pages. Not too bad. But the OKs are not distributed evenly, they come in bursts of ten or eleven before disappearing for several pages.

In many ways contemporary Dublin does indeed resemble the New York of the 1980s. For several boom years a select, educated minority capitalised on economic conditions and made sizeable fortunes. This in turn caused the society the minority was living in to adjust, for better or for worse. The changes that occurred were alternately shallow and significant. The lasting effects this small period of time had were not clothing trends or the price of drinks, but how people in the society adjusted to the new economic climate: how, on an individual level, people coped with having more money, or less, or with simply being left behind. An opportunity was squandered here to provide insightful commentary as to why Dublin isn’t like Paris, Barcelona, or London, not to mention New York.

Lee Cohen is currently living in Brooklyn, New York, having spent six months in Dublin earlier this year. His writing has appeared in Bloomsday Magazine 2003 .

Because of that morning in 1983