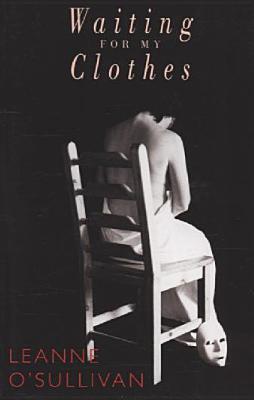 Waiting for My Clothes

Although, as the helpful people at Bloodaxe point out, Leanne O’Sullivan is ‘still only 21,’ one would hope that she is at least mildly frustrated by the cover image chosen for her debut collection. An unspeakable mix of cliches, the image falsely romanticises the subject matter of much of the book. Furthermore, the fact that we are informed on the volume’s back cover that ‘Her poems have been published or given awards when no one knew her age’ serves more to highlight the mediocrity and underachievment of her seniors than O’Sullivan’s own doubtless talent. However, to literally judge this book by its cover would be to deprive oneself of a body of very rewarding work.

A sizeable first collection of fifty plus poems divided in four seemingly arbitrary sections, Waiting for My Clothes is a mixed bag. A direct and powerful treatment is given to themes concerning the author’s teenage years, with pieces such as The Cord’ and ‘When We Were Good’ really· shining. In a clear foreshadowing of O’Sullivan’s most powerful style and preoccupations, motifs of child/parent struggles and coming of age are already grounded in very vivid metaphors of the physical. In ‘The Cord’ the poet assesses her mother:

And these were the elements
of my mother – the earthed wire,
the burning cable – as if she flowed
into the room with me to somehow say:
Stay where I can reach you.

Taking John McGahern’s rule of thumb that ‘Most good writing is suggestion, most bad writing is statement,’ one could perhaps say that there are some poems that should not have made it into this volume. ‘Hijacking Mom’ and ‘Claiming Lee’ are, for me at least, far too grounded in obscure personal detail to be either enjoyable or relevant. Thankfully, there are few such poems and they are well counterbalanced by O’Sullivan’s treatment of her dominant subject matter.

When Leanne O’Sullivan writes about eating disorders and anorexia she does so with a devastating authority; and with style, tenderness and insight. The image of ‘the skinny saint’ (‘My Father Asks Me Why’) whose perception of her own body shifts between ‘a sacred topography’ (‘My Father’s Fleece’) and ‘something that was always / “nearly perfect”‘ (‘My Father Asks Me Why’) is one that, introduced early, haunts the reader throughout the whole book. So obsessed does the poet become with images of the body, the world at large is somehow transformed allowing her to write about how ‘the long skies / open like fingers from their dark palms’ (‘Waking’) and the feeling that ‘the ocean itself is flesh’ (‘Rite of Passage’). By far the most touching poem to use this particular technique is ‘For my brother’ in which O’Sullivan imagines ‘the night curved over us like a womb.’

Above all others, three poems really shine and they alone are worth the price of this volume. Of these three – ‘Waiting For My Clothes’, ‘A Thing of Beauty’ and ‘My Father Asks Me Why’ – ‘A Thing of Beauty’ is the most authoritative and confident poem here. A tour de force, it is a damning criticism of the attitudes one presumes the author has encountered towards eating disorders. This is all done with a wry sense of detachment which leaves a finger pointing directly at the reader. In both power and relevance to our time I think that it is favourably comparable to the final dramatic stanzas of Kavanagh’ s ‘The Great Hunger.’ The sexual and social stagnancy of 1 950s Ireland has been replaced by another, equally terrifying phenomenon:

The blood crawls from her face. She collapses
and the whole world gathers around in decay.
She’s dying, beauty’s undoing. We say to her
yes, yes, you’re a beautiful corpse,
Congratulate, congratulate.

Waiting for my Clothes offers a solid if not stunning introduction to O’Sullivan’s work. The highlights mentioned above leave this reviewer at least enthusiastically awaiting her next offering.

Conor Farnan is a budding poet, recently deflowered by The Dubliner magazine (September 2005). In cases of national emergency he can be contacted at conorfarnan@yahoo.com.

Firing Up The Imagination