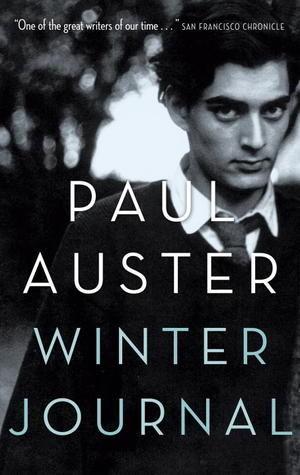 Winter Journal / A Death in the Family

Paul Auster made his first full-length prose appearance with The Invention of Solitude, a short memoir written on the occasion of his father’s sudden death in 1979. In the first section of the book, ‘Portrait of an Invisible Man’, Auster recalls rummaging through his father’s things and finding a family portrait taken in the 1910s, when his father was no more than a year old. He notices a tear and, later, ‘a man’s fingertips grasping the torso of one of my uncles.’ His grandfather had been torn out of the photograph, which had then been clumsily mended. ‘Only his fingertips remain: as if he were trying to crawl back into the picture.’ Auster will later discover that his grandmother had murdered her husband, that she’d stood trial, and been acquitted by reason of insanity. The story was kept from the grandchildren, expunged from the Auster family history.

Winter Journal, Auster’s latest memoir, opens with the author, now sixty-four years old, looking at himself in the mirror and offering an account of how he received each of the scars on his apparently well-scarred face. He cut his face open at the age of three, for instance, when he collided with a carpenter’s nail while belly-flopping along the glassy surface of a Newark department store. The only reason the scarring wasn’t much worse, he writes, had something to do with the ‘subtle double-stitching method’ used by the doctor. Almost all of his scars have their origins in similar misadventures, common to children everywhere. Just one remains a mystery. ‘No story accompanies this scar,’ he writes, ‘your mother never talked about it, and you find it odd, if not downright perplexing, that this permanent line was engraved on your chin by what can only be called an invisible hand, that your body is the site of events that have been expunged from history.’

This ‘invisible hand’ seems to have crawled straight out of The Invention of Solitude, where its fingertips could just about still be seen. That early memoir is further evoked by the scarring motif; for what is a scar if not skin torn, then mended? This is Auster’s own ‘subtle double-stitching method’, which pulls the two books together to form a sort of filial diptych. Any hopes that Winter Journal might rank alongside The Invention of Solitude are quickly dashed, however. As you may have noticed, Winter Journal opens in the second-person singular, a quirk I at first put down to the fact that the narrator had so far spent most of the time standing in front of a mirror. It soon became clear that this was not merely an opening gambit, but a strategy Auster would employ all the way to endgame.

There is nothing inherently wrong with second-person narratives, of course. At its best, the use of the second person can challenge the assumption of a unitary textual subject and have an ultimately destabilising effect upon the narrative in question. Auster manages to do neither. ‘We are all aliens to ourselves,’ he writes at one point, ‘and if we have any sense of who we are, it is only because we live inside the eyes of others.’ This is to some extent true, but Auster’s use of the second person as his way of ‘living inside the eyes of others’ feels superficial, slapped on. The judgments the narrator makes about ‘you’ are no different than those he would have made about ‘I’. Had he not spent his career reminding us that he writes using a 1974 Olympia portable typewriter, it would not be in the least surprising to find that the entire text had been written in the first person and later altered using ‘find’ and ‘replace’.

What’s most irritating about the second person in this case is that it bestows upon the narrative an air of importance that most of it simply doesn’t merit. Sure, there are occasional passages that contain something of the unsettling, preternatural quality found in much of Auster’s best work. He visits the site where Bergen-Belsen once stood, for instance, and on the spot marked ‘Here lie the bodies of 50,000 Russian soldiers’ he experiences the only auditory hallucination of his life: ‘A tremendous surge of voices rose up from the ground beneath you, and you heard the bones of the dead howl in anguish, howl in pain, howl in a roaring cascade of full-throated, ear-splitting torment. The earth was screaming. For five or ten seconds you heard them, and then they went silent.’ This is undoubtedly good writing. But it would be altogether too kind to dwell on moments such as this when the overwhelming majority of Winter Journal occupies a space located somewhere between the sentimental, the smug and the dull-beyond-belief.

In one passage that would not seem out of place in an edition of Chicken Soup  for the Soul, Auster writes: ‘A bit later on, tackle football, Johnny on the Pony, Kick the Can, King of the Castle, Capture the Flag. You and your friends were so nimble, so flexible, so keen on waging these pretend wars that you went at one another with unrelenting savagery, small bodies crash into other small bodies, knick one another to the ground, yanking arms, grabbing necks, tripping and shoving, anything and everything to win the game—animals the lot of you, wild animals through and through. But how well you slept back then. Switch off the lamp, close your eyes… and see you tomorrow.’ There is nothing wrong with dull memories per se, but when they are offered up in the second person, the act of remembering (and misremembering) is outsourced and so ‘the trembling of existence’ arrives only second hand—if it arrives at all.

One recent memoir that illustrates the importance of a strong first-person narrator is A Death in the Family by Norwegian novelist Karl Ove Knausgaard. Set against a bleak Norwegian landscape, the memoir jumps between the past and the near-present, as Knausgaard remembers life growing up under the tyrannical reign of his father, an austere and taciturn man who, upon divorcing his wife, became an alcoholic, lost his job as a teacher and moved back in with his mother until he eventually dies as a result of his drinking. When Knausgaard and his brother go to their grandmother’s to collect the body, they find the house in a state of squalor, the air thick with the smell of shit.

It’s not all quite so extreme, though. Large sections of the book are devoted to the rather mundane efforts Knausgaard made to get stupidly drunk as a teenager. ‘I drank, and I became as euphoric as the first time, but on this occasion I had a blackout and remembered nothing between the fifth glass and the moment I woke up in a dark cellar wearing jogging bottoms and a sweatshirt I had never seen before and lying on top of a duvet covered with the towels, my own clothes next to me bundled up and spattered with vomit.’ It isn’t until his father’s later alcoholism is revealed that these remembrances of binges past take on any major significance. The story is framed in such a way that the father seems to inherit his son’s alcoholism, something the narrator has known all along. The ‘I’ sees and is seen—and it is in the space and time between those two roles that the very best memoirs are charged. This is not somewhere I think a second-person narrative can access—certainly not the type Auster has used, in any case. ‘You’ is seen, but it’s not clear that ‘you’ sees. Even a simple line like Auster’s ‘you were so nimble’ takes on a whole other world of pathos when changed to ‘I was so nimble’.

One of the richest aspects of A Death in the Family is the way Knausgaard writes about his own experience of visual art. ‘That was the only parameter with art,’ he writes, ‘the feelings it aroused.’ Visual art becomes a sort of prism of the narrator’s self. His discussion of, say, a Rembrandt self-portrait is itself an exercise in self-portraiture. His meditations on particular paintings or photographs are written to such haunting effect that their memory resonates throughout the text, where they are all put to work, made to comment on theme and form.

His very first memory, for instance, is of seeing ‘a very old man with a white beard and white hair’, who ‘walked with a stick and his back bowed’ and whose face he later saw on a poster in his father’s office. ‘They laughed, and said it was impossible. That’s Ibsen, they said. He died nearly a hundred years ago. But I was sure it was the man, and I said so.’ The past is forever intruding on the present, in other words, but at the same time memory is fallible, creative, pliable. ‘I opened my eyes,’ he writes later after his father appears to him. ‘I couldn’t remember ever experiencing this, it was not a memory, but if it was not a memory, what was it? Oh, no, he was dead.’

Discussing Rembrandt’s famous self-portrait of 1663-65, Knausgaard writes: ‘The difference between this painting and the others the late Rembrandt painted is the difference between seeing and being seen. That is, in this picture he sees himself seeing while also being seen.’ No painting illustrates the possibilities of self-scrutiny afforded the first-person memoirist better than this one does. Rembrandt was not yet sixty years old when he painted it, and yet he appears considerably older and wiser and truer than Paul Auster does aged sixty-four in his misconceived account of getting old. Something to do with the ‘I’s, I’d say.

Listening to Kings of Convenience