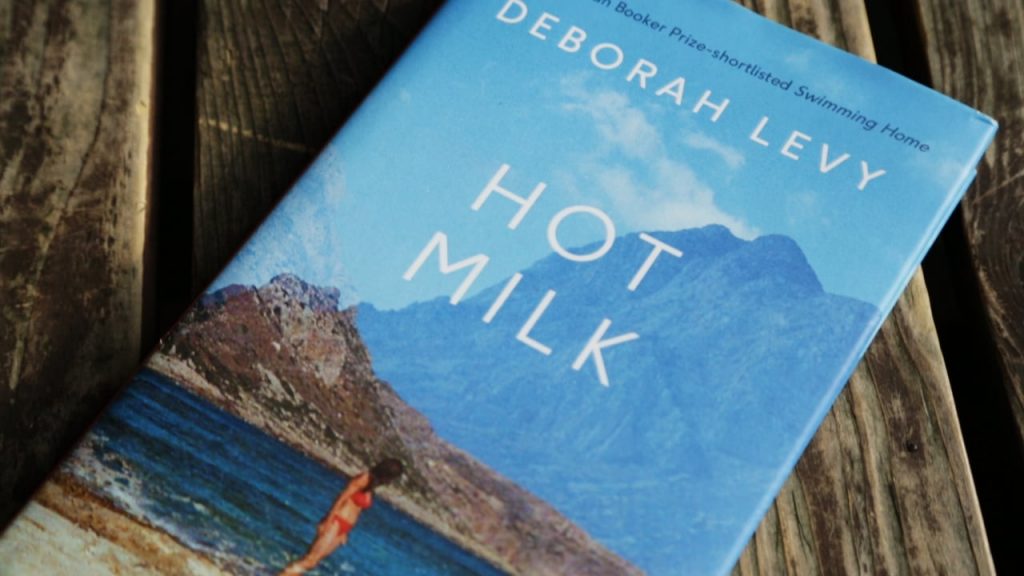 Pushing boundaries, something the Goldsmiths Prize wishes to encourage, can never be a straightforward undertaking. For one, there must be some sort of real or perceived limit against which force must be used to make inroads, and for another, boundaries that might appear absurdly obvious can, on closer inspection, blur and disappear.

Levy rolls us against a barbed wire fence. The narrative of Hot Milk flexes and recoils, pricks and snares the reader. There is no escaping the density of writing. At times the sheer sensuality of texture and repetition of metaphor are stifling, almost physically overwhelming. Within these layers there is play and replay of images in new and arresting contexts. With deft pace and skill Levy brings the reader to view ordinary moments with taut emotion – the fawning adoration of Dr Gomez when his beloved cat Jodo births her kittens is acutely nauseous.

There are reasons for the courses of action they take, they have some level of logic and a tacit recognition of love and duty. The narrative shows that it is not action or reason, but mental state that has uppermost importance.

Rose is not a sympathetic ‘well-deserving’ invalid. Her hypochondria could be caused by mental illness just as much as it could be caused by vindictive rage against her ex-husband or a possessive, obsessive desire for Sofia’s attention.

Levy’s language succeeds best when she uses monosyllables; flat, plain words that stand out against the extraordinary setting and psychological wrangling. Her almost schizophrenic characterisation lends complexity and depth to her actors. Sofia, whose clipped personal narrative leads the text, is neither straightforward nor trustworthy. There is a true to life contrariness in her behaviour that constantly modifies the reader’s changing empathy for her actions.

The suspension of disbelief required by the narrative is repeatedly stretched. None of Levy’s characters are ‘normal’ or ‘stereotypical’. Sofia’s father’s new wife is not just thirty years younger than he is, she is also an orphan whose parents cannot visit, recently fired from her well-paid position in Brussels, has no visitors or friends and is trapped in a small flat nursing her baby while fearing her rapidly declining religious husband will leave her broke etc. etc.

There is perhaps one noteworthy exception: the man on the beach who rubs ointment into Sofia’s medusa stings and becomes her lover. Why Levy chances on him as the ‘normal’ is unclear. Is it because some sort of yardstick is needed? Some sort of contrast to the other actors? There seems no reason why every character should not carry some sort of neurosis in the world of Hot Milk.

The novel is an investigation into the threads of relationship and the primitive, enduring connections between body and mind. At times Janet Frame’s work, with her searing sensitivity to the minutiae of life, comes to mind and at other times the passionate, reality-fantasy of Gabriel Garcia Marquez. This is an intense combination in itself, but Levy also adds in ideas from social psychology and anthropology – perhaps she even pushes the boundaries. She grasps (like Foucault) that ‘power is everywhere’ and teams it with vibrant sexuality.

While Sofia has a libido that rises and falls with the tide, a history of lovers in the past and two lovers in the present, Rose is nun-like in her confinement. Her chair is her chastity. Her feet, never bound, are nevertheless confined by her mind. They are numb. She wishes them amputated. Her shoes are slipped on and off, but she feels nothing. Except she does, she is betrayed by the irresistible pricking of life around her.

In some ways Hot Milk resembles a thesis – all the material is exposed in the first chapter and the details follow, and like a thesis there are tangential scenes and sections, whole other areas of study whose connection remains enigmatic.

Rose and Sofia are both savage and sophisticated. They want a bigger life. But what does that mean? More sex? More education? More money? More freedom? More love?

Of course, Levy is not going to spoon-feed anyone the answer.

Gabrielle Barnby lives in Orkney and works in a variety of genres. Her collection, 'The House With The Lilac Shutters and other stories', was published by ThunderPoint in 2015. Her first novel, 'The Oystercatcher Girl', will be released by ThunderPoint this year.