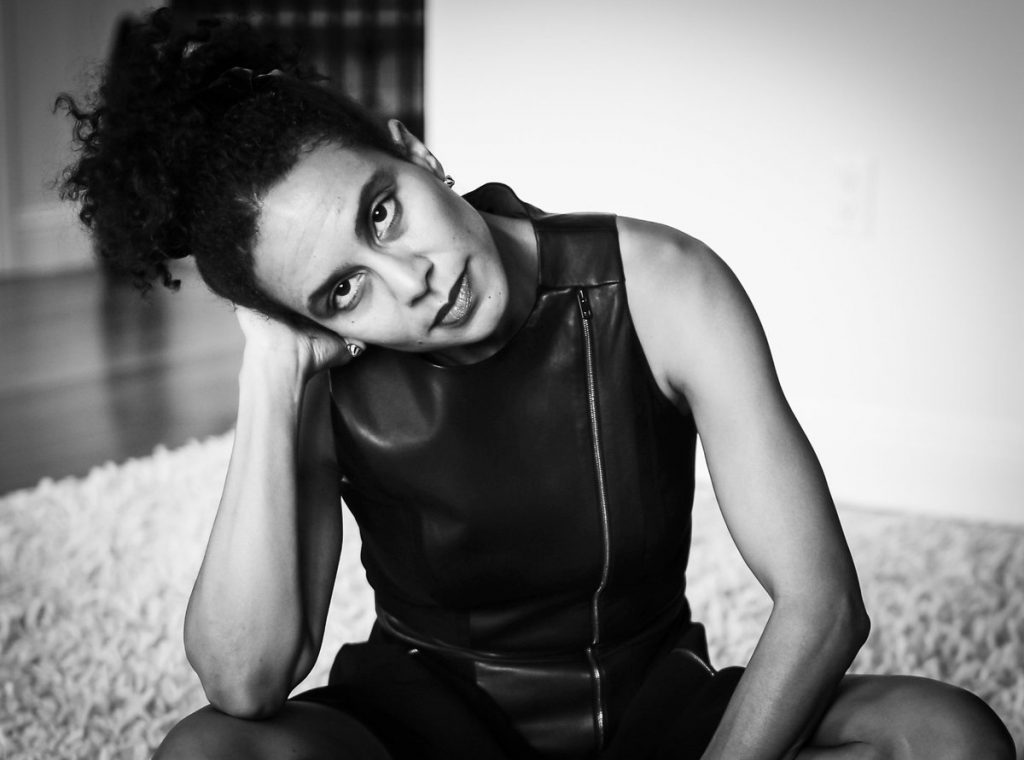 Lou Reed, Willie Nelson, Ella Fitzgerald, Frank Sinatra, James Brown: they’ve all recorded versions of Kurt Weill and Maxwell Anderson’s ‘September Song’. They’ve all sung in their various voices those verses about transience, and our mutability, and time’s winged chariot. Oh the days dwindle down to a precious few! They’ve all cast a rueful backwards glance at the ease and warmth of summer gone.

In Like a Mule Bringing Ice Cream to the Sun by Sarah Ladipo Manyika, Dr Morayo Da Silva is an ex-professor of literature who lives in San Francisco and drives a vintage Porsche. She is Nigerian. She is wry and vivacious. Almost seventy-five, Morayo dwells in the liminal state that is ‘September Song’ territory. Dawud, her local Palestinian shop-keeper, while conceding that she still has a “fine ass”, reckons that Morayo must once have been stunning: once upon a time though, when she was younger. Now she lives in an apartment that is increasingly cluttered and chaotic. She’s been reported for careless driving which means that she’ll have to undergo a battery of health checks. And then, to top it all, Morayo falls, injures her hip and ends up in the Good Life Rehabilitation Center.

This care home is a little grim. Activities include a knitting circle, a sewing circle and ragtime music appreciation. In the dinner hall Morayo observes a toothless man who, lifting an empty fork, is “shovelling air between his gums.” Morayo nevertheless negotiates this change of environment with typical brio. She compliments the temporary chef, Toussaint, on his more adventurous food, talks to him about Africa, plans to lend him some books on Fela Kuti among others. When she dances in his kitchen—despite hip injury—to Evelyn Champagne King, Morayo reveals a hot pink bra strap and Toussaint is surprised “that someone her age would wear such a thing.”

Pink bras, it seems, are the preserve of firm young flesh and sexuality, according to our common construction of it, is the privilege of the young. Even in her incapacitation, however, Morayo is ready to flirt with the physiotherapist. Had she met the man twenty years ago, she points out, he would have been smitten: “One glance at my tight glutes and my curvy hips, and he wouldn’t have been able to resist.” Manyika destabilises conventional ideas of the ‘old woman’ in her presentation of an elegant and languorous autoerotic experience during which Morayo’s reveries featuring chance acquaintances merge into intimacies with her past lover Antonio. (Afterwards, a cup of tea in a green Harrods mug.)

Our movement through time may be linear but don’t we experience inner reality as the interplay between the moment, memory, and future projection? Manyika’s elision of past and present means that Morayo’s chance observation of a homeless man’s dog gives way to the remembrance of finding out that Caesar, her diplomat husband, had another wife, which in turn moves to a consideration of the homeless man’s jeans and backpack. Subjective inner experience is presented in the narrative as more vivid and vital than external reality. Morayo, for instance, remembers an opulent state dinner at their ambassadorial residence in Chanakyapuri: there are orchids, staff weaving gracefully, gloved hands, canapes on silver trays, guests to be choreographed, but then the here and now asserts itself. People rush to pick her up because Morayo has collapsed in the dining hall of the care home.

Morayo is a “good Nigerian” yet for her Nigeria exists only in either memory or mediated form. She searches the Internet, looking at houses in Ikoyi; she had read with horror a newspaper detailing a massacre in Jos. When she unfolds some Ankara fabric Morayo is delighted to finds it still smelling of Lagos markets and their “diesel fumes, hot palm oil, burning firewood.” Yet the place that confers identity is distant and is never likely to be visited again.

Because it’s first person narration Morayo’s voice is at times unreliable and we are required to see a broader picture than the one she supplies. This can be comical: Morayo’s quixotic, slightly dopey ruminations on “a stracciatella sky, dappled blue and white” are interrupted by a man in a car shouting “Cross the fucking street, would you lady!” In addition to Morayo’s narrative, there are shifts to other voices, gentle changes of perspective through which she is refracted: the imperious, regretful husband who still googles his ex-wife; the patient friend Sunshine; Dawud, the Palestinian shopkeeper; Toussaint the temporary chef; Sage, a homeless woman. This is not, however, a novel which sets out to show immense daring in terms of formal innovation nor does it aim for biff!bang!pow! bravura stylistics. The accretion of voices draws a nexus of small quotidian events and various kindnesses and cruelties; it quietly presents lives which are, for the most part, quietly led.

The other voices also have an autonomous validity. Reggie Bailey, originally from Guyana, has a wife with Parkinson’s disease in the care home. In his narrative, Reggie echoes the sentiment that with old age desire does not die—“I dream of being held. Of being touched. Of being desired again. Of being recognised”—but he also expresses his fear for the time when he will not touch his wife because he cannot tell whether or not he has her consent. Reggie acknowledges the humiliation and suspicion he has experienced as the possessor of a ‘black body’ and what causes him to confront this is his reading of Morayo’s history of her body, which she herself has written in response to Paul Auster’s inventory of the same in his memoir, Winter Journal. Rarely are novels quite as intertextual as this one. Besides writing Auster homages, Morayo subscribes to Granta, reads James Baldwin, Ernest Gaines, Ralph Ellison, the poetry of Gwendolyn Brooks. She arranges books according to the discourse the characters should have with each other: Heart of Darkness is next to Le Regard du Roi; Wide Sargasso Sea sits above Jane Eyre. Books, she says, are her “friends on the shelves.” Morayo composes alternative, benevolent narratives where characters in her favourite novels do not go mad, do not suffer, do not die.

Much has been made of the uplifting quality of this novel with its gregarious and hip old protagonist and it’s true that it’s an enormously good-natured read. Yemisi Aribisala argues however that it is not simply a ‘hygienic bed time story for adults’. That’s true too. It’s not. More than anything, it is a work operating within the memento mori tradition of death being ever present—and closer, closer still. Morayo declares that old age is a massacre. And everywhere there is physical frailty. Friends are dead and gone. There is consideration of the minutiae of wills. There is even talk of slipping into the good night ahead of time. The title of the novel, a line from the poem ‘Donkey On’ by Mary Ruefle, is not surreal whimsy but an acknowledgement of the journey on which a fragile cargo slips slowly and surely away.

The autumn weather turns the leaves to flame, Willie is singing.

Oh the days dwindle down to a precious few! Ella is singing.

Wendy Erskine lives in Belfast. Her debut collection, Sweet Home, was published by The Stinging Fly Press in Sept 2018 and Picador in 2019, has been translated into Italian and Arabic and optioned for TV. It won the 2020 Butler Literary Award, was shortlisted for the Edge Hill Prize 2019 and longlisted for the Gordon Burn Prize 2019. The story 'Inakeen' was longlisted for the Sunday Times Audible Short Story Prize 2019. Sweet Home was Book of the Year in the Guardian, The White Review, Observer, New Statesman, and TLS. Wendy's second collection of stories, Dance Move, was published in February 2022.