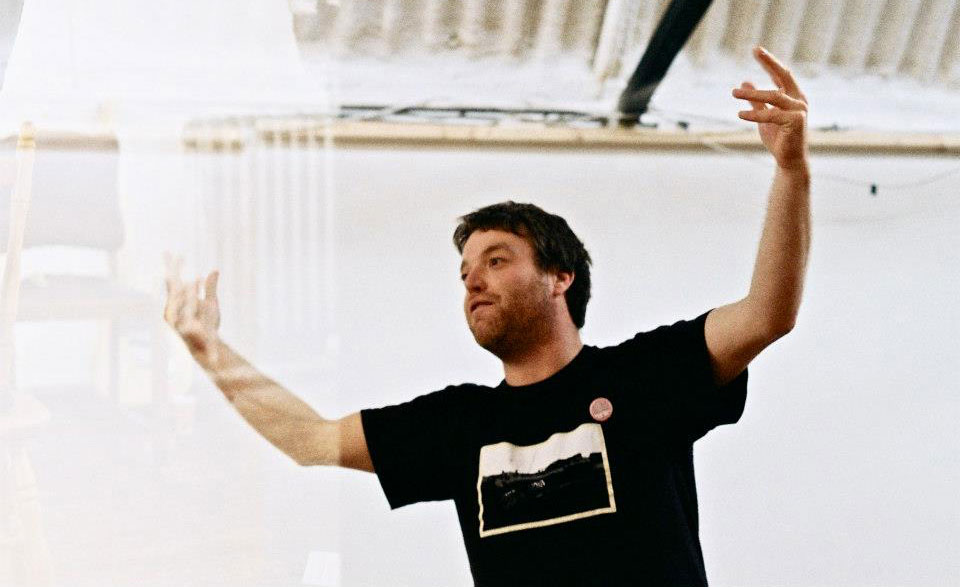 Ireland suffers from a surfeit of embedded intellectuals. Approximately the equivalent of the embedded journalist reporting from the ‘front line’ during the Iraq war, they report that all is well with the regime and that the class war is proceeding exactly as planned; they suggest adjustments—a little more empathy here, a little less there, fewer people on trolleys in hospitals (but still trolleys), better policing of protests (but still the police), remember the dead of both sides, and so on. Their well-placed articles and interviews pass as the true voice of the critic. These are the intellectuals that Gramsci calls the ‘organisers of culture’. On the other hand, Gramsci tells us, all classes, including the working class produce their own ‘organic intellectuals’, though working class intellectuals are rarely recognised as such. Every once in a while, though, such an organic intellectual pushes through, by sheer strength of will and intellectual capability, the dense network of disciplinary and punitive systems that are designed to control the working class. Such a person is rare in Ireland, because public life works to hedge around and make precarious the voice of the outsider who has not been to the right school or played the right games. Dave Lordan is one such voice.

Almost as remarkable for an intellectual of any kind is the fact that he began his public existence as a poet. Poets are, by and large, celebrated in Ireland as ornaments to the national literary tradition (the words ‘national literary tradition’ should already make us feel uncomfortable), that is to say, they are little read, never paid, treated as amiable eccentrics at best, and used remorselessly by the tourist board once safely dead. To be fair, a lot of poetry written in Ireland could easily grace the more discerning tourist advertising, at least in fragmentary form in the way Aer Lingus once had convenient phrases from Joyce and Yeats and Synge distributed at random over their seats so that you could read an excerpt from The Wild Swans Of Ulysses In The Long Nights After Samhain during a one hour and ten minute flight from Cork to London and feel as if you had exposed yourself (not in the literal sense) to an overdose of culture.

But Lordan will never form part of an advertising drive by even the most masochistic of companies. He is a discomfiting and uncompromising critic, savage in his directness, a revolutionary poet and essayist, a political activist, radio critic, a teacher—but above all he is socialist. The extraordinary thing is that he manages to be all of these in the public sphere in a country that has effectively excluded and marginalised such voices for almost a hundred years, the most neoliberal country in Europe, the most conventional and repressed, a country that has drowned its intellectuals in drink or driven them into exile or locked them up.

The essays gathered in The Word in Flames display a remarkable range of reference, beginning with a review of the poet Greg Delanty, whom Lordan praises for combining political activism with the writing of poetry (Delanty was arrested during a protest in Washington DC) and spinning onwards through Liam O’Flaherty, Paul Durcan, William Wordsworth and Proust. O’Flaherty is celebrated here, for example, as a radical writer. Why, Lordan asks, is O’Flaherty excluded from the canon of Irish literature? Why has his reputation and work been so neglected, especially by official Ireland? (In my rural farming community he was well known for books like Famine, Skerrit, The Informer and Insurrection—though my parents never progressed beyond primary school they had copies of his novels.) Lordan’s answer is direct:

It’s because of his uncompromisingly radical politics, and, more broadly, the nihilistic, anti-romantic, Nietzschean philosophical outlook which animates his most important works. This makes him generally inappropriate for commemorative honour by the state, or by any in the decisive upper echelons of arts admin who depend on state patronage, and whom the state in return depends on to farm our literary heritage for ceremonious prestige.

In Paul Durcan the young Dave Lordan finds a fellow iconoclast, a leader in the “rejection of the brute and petty minded theocratic capitalism of mid-20th century Ireland, and repudiation along with it of fixed and fixing notions of morality and personal and sexual identity.” The essay on Durcan is, among others things, an account of Lordan’s coming of age as a poet and an activist. But he is not starry-eyed. He realises that Durcan’s achievement was a partial and perhaps, too gentle one. Ireland requires stronger stuff: “Deepening and sharpening Durcan’s critique is an open and uncompleted task for future Irish satirists with the fire and the guts and the talent to go for it.”

‘The Trans-generation in the Irish Arts’ is a paean to the world of performance arts, particularly the literary ones, but Lordan would be the first to make the case that spoken and written words come in many forms and are conducted in many media. I grew up in an age when the written was paramount, a sort of arcane knowledge practised by a secretive, remorseless and cliquish cult. It’s too late to reform; all I can do is applaud Lordan’s championing of the vibrant and militant multi-media movement, what he calls “the trans-generation”. If anything can shake the literary clique it will be populous and popular (in all sense) clubs and poetry slams, the youtubers whose multiple hits are not just inward but also outward in their force. Politicians (let’s face it, most of them need a secretary to turn on their PC) are terrified of Twitter and Youtube and what they call “social media” because they don’t understand it and can’t (as yet) control it. The fact that so few young people now get their news or entertainment from TV is significant. What Lordan calls “the show-on-my-lap”, the commuter’s smartphone/ipad/laptop with headphones represents, among other things, the non-passive commuter’s “self-curated” cabinet of curiosities and the creative artist’s adaptation “between forms and disciplines” and the arrival of new forms or resurgence of old ones. (Is flash fiction a new twist in the old prose poem?) Performance poetry, to take one example of these new or revived forms, has, as Lordan rightly says, “been a punky dynamo of artistic independence in Ireland for a decade now at least.” It lives and thrives outside the world of reviews in the big newspapers, the television and radio and most critical studies (though with honourable exceptions—I recently had the pleasure of attending a lecture by Dr Anne Mulhall on this very topic) and attracts large audiences. It articulates something essential to our twenty-first century experience.  It is most often met by incomprehension on the part of the literary “organisers of culture” where popular is equivalent to shallow and where audiences are numbered on the fingers of two or at most three hands. This “punky dynamo” is a challenge to the conventional art world which Lordan argues (citing Zerzan) only “serves to prevent political responses to oppression and despoliation, based on empathy and solidarity, from emerging.” Lordan and his comrades do not subscribe to this buttoned-down, repressive and reactionary aesthetic.

In a set of essays in which I was constantly underlining and noting phrases, references, whole paragraphs, images, and to which this introduction can only serve as a pointer, one paragraph stood out, and I wish to quote it here in full by way of closing. It is, in effect, Dave Lordan’s poetic and political manifesto. It is a declaration of the writer’s place in the class war that has been redoubled in Ireland by austerity, but which in reality has been the state of play in the Free State and Republic since the very first years (remember one of the first political actions of the Free State government was to introduce austerity at a time of near famine):

But what does revolt mean in a writerly sense? It means, I think, to follow the passion of Harold Pinter, who, in his Nobel acceptance speech — a speech the fake-neutrals at the BBC refused to broadcast because of its anti-imperialist content — advised writers to smash the mirror. I take this to mean a committed refusal to be taken in by the pomp of queens and presidents, of generals and cardinals, of economic ‘experts’ and of chief execs. I take it to mean not turning your gaze away from the ruthless means by which the ruling class maintain their power, no matter what the bribe is. I take it to mean actively taking the side of the oppressed in your work and ignoring any absurd anti-political literary taboos. I take it to mean working in words to capture unflinchingly the shocking image of power and, shocking back, to break it up, to weaken it, to reveal it to the other, to disenchant the world for your neighbour, and to change the dead stone back into living human flesh.

William Wall is the author of four novels, three collections of poetry and two volumes of short fiction. His work has won many prizes including the Drue Heinz Prize, The Virginia Faulkner Award, The Patrick Kavanagh Award, The Sean O’Faolain Prize and many more. He was longlisted for The Man Booker Prize. His work has been translated into many languages and he translates from Italian. ‘Wall, who is also a poet, writes prose so charged—at once lyrical and syncopated—that it’s as if Cavafy had decided to write about a violent Irish household.’ (The New Yorker)

News from a January River

How Do You Know Them?