Delia and Rose and The Long-Winded Lady 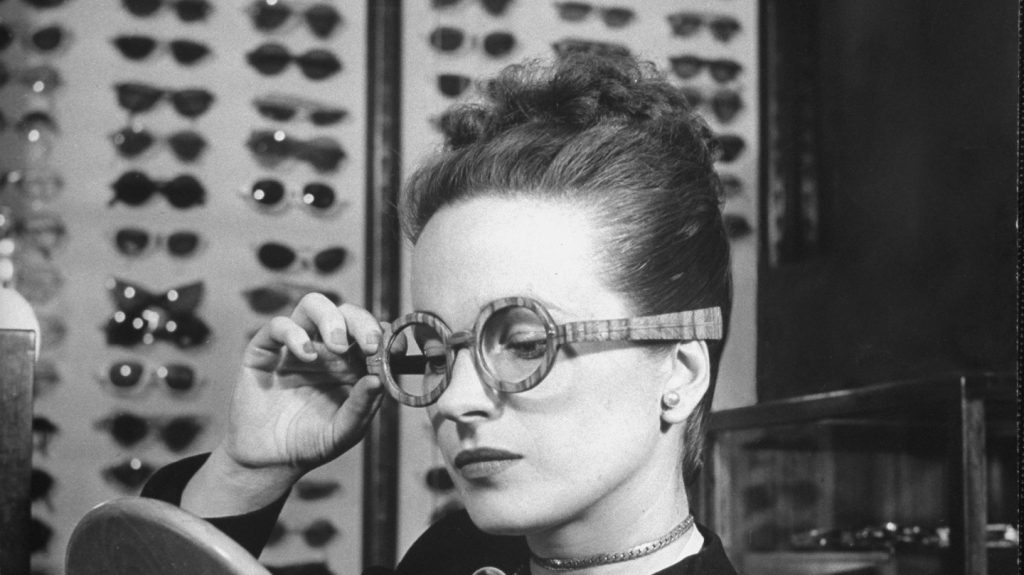 Delivered at the celebration of Nollaig na mBan and Maeve Brennan’s centenary at the Irish Writers Centre on January 6th 2017, which coincided with the publication of our new edition of The Long-Winded Lady.

What the Long-Winded Lady of these scintillating pieces most significantly lacked in her heyday was a name. Until 1969, when the first edition of the book appeared, none of her readers in The New Yorker‘s ‘Talk of the Town’ section knew that she was Maeve Brennan.

The magazine had been publishing Maeve’s fiction throughout the 1950s and ’60s, over her own name. She wrote scathingly about well-off New York households and their Irish maids, but her best-known stories are set in Dublin, in her own childhood and in two impacted, inarticulate families, the Bagots and the Derdons. All these stories take place in the same small house in Ranelagh where she grew up. In the magazine, however, they were buried deep, and the autobiographical pieces were right at the back, as was the custom in a publication that famously didn’t distinguish between fiction and memoir. Reading them required concentration: an ability to thread one’s way from page to page between ads for diamond watches, fur coats, and expensive, military-style, boarding schools for ungovernable teenage boys. You probably also had to have the magazine in your own house. But many readers knew the magazine only from doctors’ and dentists’ waiting rooms. They could flick through the cartoons, but ‘The Talk of the Town’ at the beginning, with its world-weary look at Manhattan that week, was all most of them had time to read.

All the contributions to ‘Talk’ were anonymous, so Maeve Brennan wasn’t unusual in that, but the Long-Winded Lady was quite unique in having a female voice. The tone of her contributions laid that on very thick, mostly by using italics lavishly, affecting an air of inconsequence.

The Lady also lacked a body, though she did have eyes and ears, and hands to type, and we know that she often lifted a martini to her lips. She liked to wear a flower in her lapel, and she travelled on the subway, so we know that she wore clothes. She was very fond of a certain skunk-fur handbag.

The Long-Winded Lady, sophisticated New Yorker, was the obverse of the cowed married women who feature in Maeve Brennan’s Dublin stories of Delia Bagot and Rose Derdon. She was the observing obverse: very much all there, yet in many ways not there at all.

The Lady bears witness to the little dramas of the street; she recalls, in some wonder, incidents from her own earlier lives. In the 1950s, style, literary or sartorial, was a container; it was what stood for women in the public realm in those days of consumerism after the second World War. Unless you had criminally, pathologically, ‘let yourself go’, you didn’t leave your house without makeup and gloves, without making sure your seams were straight. If you thought of speaking, you could forget about it, unless you could come out with something short and devastating between puffs of your long cigarette, to stop people in their tracks at twenty paces: Maeve Brennan got to be very good at that.

The first piece in the book called The Long-Winded Lady was one of the last she wrote, first published in September 1968. It ends with a devastating insight that also lies behind a lot of Maeve’s fiction. She has been describing a woman seen in the street:

When the hauteur slipped from her face, what would I see? Despair, I imagine. Not the passive, withdrawn despair that keeps itself in silence but the raging kind that incinerates all before it. (p.9)

The raging despair she detected in the woman she watched on Sixth Avenue, incinerating all before it, is the same rage that fuels some of her most memorable characters in fiction, like Mary Ramsay in ‘The Holy Terror’, and Bridie in her stories set in Herbert’s Retreat, a wealthy commuter community on the Hudson River, like the one she lived in during her brief marriage to St Clair McKelway.

What Maeve Brennan calls ‘the passive, withdrawn despair that keeps itself in silence’ is what she explores in the characters of Delia Bagot and Rose Derdon, versions of her memories of her mother. Some of her own anger seems to originate in these memories, in frustration at her mother’s docility, and perhaps depression, and at the constrictions and barriers they placed across her own young womanhood.

Delia Bagot is loving with her small children and her dog, Bennie, and has many small moments of pleasure with them. But she is mute, paralysed, in the face of the husband she married in youthful optimism and love, who has withdrawn from her. She trembles before him, and before everything that lies beyond her own front gate.

Delia is more sad than angry, and Maeve’s story ‘The Eldest Child’ traces this sadness to the loss of her first baby, a boy who died soon after birth. I was parking my car yesterday when a woman came on the radio to tell Joe Duffy about her grim experience of stillbirth in the 1960s, saying she and her husband never spoke about it until many years later. The names engraved at the Angels’ Plot in Glasnevin Cemetery are Ireland’s Vietnam Memorial: a delayed response to losses that have still not been processed.  Maeve’s story, first published in 1968, was a lonely voice saying what badly needed to be said, and it’s timely that on her centenary the National Women’s Council asks people in Ireland to pay attention to women’s stories, women’s bodies, women’s rights, and to the Eighth Amendment in particular.

Rose Derdon’s despair is the same as Delia Bagot’s, but its roots are deeper and longer. They lie in the death of her father when she was young, in her mother’s bullying, and in her and Hubert’s inability to make anything of their young marriage, once they have taken the fatal, adult step of buying a house. Rose Derdon is older than Delia Bagot when we meet her; her only child is grown. Any happy times she had are long forgotten, or shadowed over by the things that happened later, and took the good out of them.

Rose is the character through whom Maeve examines her own relationship with her parents as they aged, and the dead hand of the post-Famine Catholic church and its effect on Irish society. Rose and Hubert have one son, John, but he has left them. As Maeve puts it in ‘An Attack of Hunger’ (1962), he has ‘vanished forever into the commonest crevasse in Irish family life—the priesthood.’

That is the story where Rose most nearly expresses the rage she feels, and which Maeve seems to feel on her behalf. It begins, ‘Mrs Derdon had the face of a woman who had a good deal to put up with.’ That sentence might have been spoken by any Irish woman to her daughter, or sister, or friend in the mid-twentieth century, in guarded recognition of another woman’s troubles.  Martyrdom was an approved role for mature women. It guaranteed the silence that kept the whole ship from sinking, much as the custom of always calling married women Mrs, with their husband’s surname, acted like a military uniform, reminding them of their duties. Maeve’s opening sentence is a coded statement that recognizes and transmits news about an awful marriage. In conversation, that might well be the end of it, the only response a slight smile or frown of complicity. In the pages of The New Yorker, it gets opened up.

‘There was no life for her within the house,’ we learn. ‘She only left it to do her shopping or to go to mass [143]’. It shames her to eat in front of Hubert, her husband, who seems to keep track of how much bread she puts into her mouth. The story’s title suggests that the appetite her body feels comes from outside it. After a powerful stream of consciousness that lasts pages, Mrs Derdon shocks herself by answering Hubert back. He shouts at her, ‘You shut up! … Do you hear me? Shut up before I say something you won’t want to hear [154].’

At last, after saying that very thing, Hubert tells her ‘I don’t want any tea. All I want is not to have to look at you anymore this evening. Will you go?’ Rose takes his words as permission. She does the unthinkable, and leaves the house: ‘She felt very free. She felt very independent.’ All she will need from now on, she tells herself, as she hurries down the street, is ‘enough to keep body and soul together’.

That’s another of those phrases from the Catholic Ireland that put its resources into the soul, although the soul it spoke of was never a warm individual manifestation that a person might own as her essential being. Instead it’s part of an assembly of shining white dots lined up outside the gates of heaven. The body, in that culture, was just a rag clutched around it while it waited. Elsewhere in Maeve Brennan’s fiction, the ungainly bodies of Big Bridie, Mary Ramsay the cloakroom attendant, and Mary Lambert the Wexford shopkeeper confront such nonsense. Petite and elegant in her own self-presentation, Maeve created characters who recall escaped-slave Sojourner Truth’s speech in Akron, Ohio, in 1851, demanding, rhetorically, ‘And ain’t I a woman?’.

In the Ranelagh stories, Mrs Derdon and Mrs Bagot are small, thin, hard-working, frightened women, whose husbands remember their hair, when they were young, as long and abundant. The Long-Winded Lady is not frightened. She is well off, well dressed, welcome wherever she goes, unless she experiences the kind of minor contretemps that even a well-groomed lady must expect to encounter from time to time when she goes out. She recognizes fear, however, and returns to it again and again. She notices when it has been incubated and hatched as rage. She sees that rage played out on the streets of New York, in wordless dramas that might have been written by Raymond Carver. But she is not Raymond Carver, and her descriptions of those dramas contain all her love for the streets and the bewildered people who find themselves upon them. Maeve Brennan calls New York a ‘capsized city. Half-capsized anyway’. Her Long-Winded Lady is one of the inhabitants who hang on, ‘most of them still able to laugh as they cling to the island that is their life’s predicament.’

Angela Bourke is the author of Maeve Brennan: Homesick at The New Yorker (2004), The Burning of Bridget Cleary: A True Story (1999), and the Famine Folio, Voices Underfoot: Memory, Forgetting, and Oral Verbal Art (2016). She is joint editor of The Field Day Anthology vols iv & v: Irish Women’s Writing and Traditions (2002), an emeritus professor at UCD and a Member of the Royal Irish Academy.