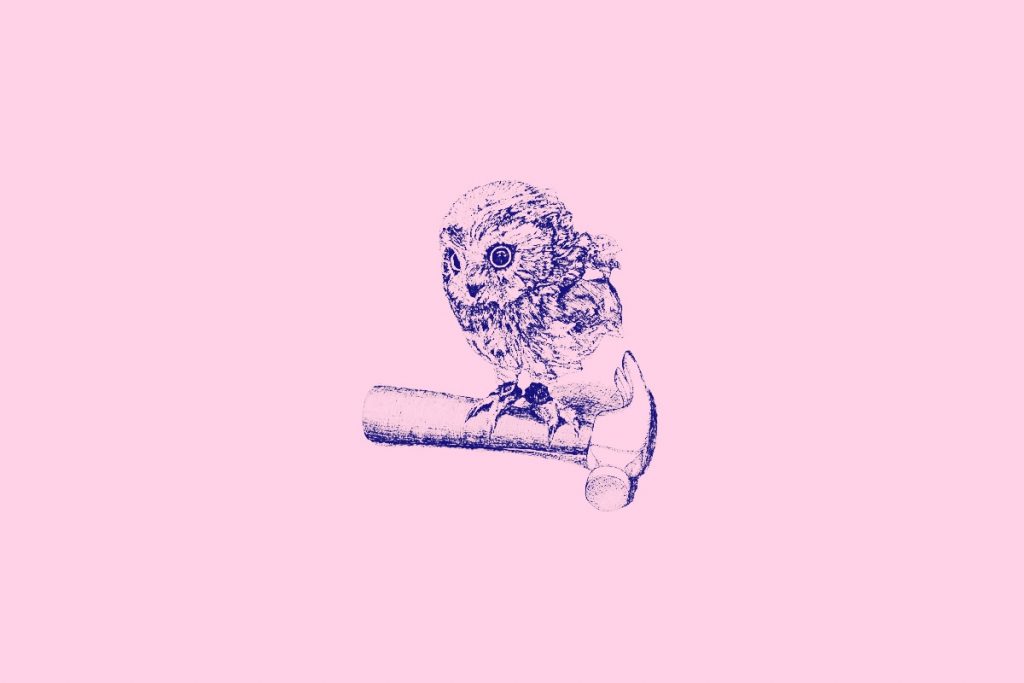 Some years ago I read about a poet who, having not seen a friend and fellow poet for some time, attended his reading. Along with other members of the audience she was moved and distressed to hear of his wife’s illness and his difficulties dealing with that while looking after their two young children. Following the reading she went to talk to her friend and offer support, only to be told that his wife was perfectly well, and that the poems were persona poems, dramatic poetic fiction. She writes that she felt aggrieved and deceived, as along with the people around her, the poems had elicited powerful emotions of empathy and concern.

Perhaps this is because readers/listeners assume that the pronoun I or even You refers to autobiographical detail in poetry. The converse appears to be true in fiction. Persona poems have their function: they serve to subvert the prejudices of their reader, to undermine received narratives, to pick at notions of truthful decorum in poetry and essentially, to imagine inhabiting the sights and sounds of other. Many persona poems are identified as such by their content and context.

In his essay, ‘Lying for the Sake of Making Poems’, Ted Kooser believes a poet should signal a poem as a persona poem, certainly at a reading – he considers this an ethical issue and one of trust between poet and reader. In his essay he interrogates the ‘extraliterary credit and sympathy for the lie’ which occur when the poet allows their poems to be understood as autobiography when they are not.

The two collections under review are by poets who write about illness, mortality and severe trauma in raw and uncompromising poems. Alvy Carragher especially has been publicly vilified for telling the truth in her poetry. Truth in poetry is like light refracted through water – if one places a straw at a slant in a glass of water, light changes as it passes from one medium to the other, reality (truth) does not change, the straw remains the same, but the bend of light as it passes from air to water distorts our perception of the image of the straw; it appears broken. So it is with truth in poetry.

In an Irish Times article from June 2016, Carragher tells movingly of how as a child, she found her mother’s poems folded into the backs of books. These poems, she says, were ‘never published, never read by anyone but her nosey child, and it was clear to me that this was the only way you could tell the truth’. In the concluding lines of one of his poems Graham Allen hopes that the lights/ahead are no mirage – mirage is another form of light refraction, one that produces an optical phenomenon from a true, recordable perception of absence. The Madhouse System (2016) is Graham Allen’s second collection of poetry with New Binary Press. His digital poem ‘Holes’, (New Binary Press) is a commentary on being, a pivotal work of cultural and philosophical significance for its invention, and distillation of thought. ‘Holes’ is a ten-syllable, one-line per day poem, which affirms that nothing in life is quotidian and thus, everything warrants our consideration. The themes in ‘Holes’ closely relate to those in The Madhouse System. Consider a few lines in sequence from ‘Holes’, they read with a Beckett-like stream of consciousness, or the opening lines of poetry by Simic:

A Professor of Literature at University College Cork, Allan’s academic publications are on literary and cultural theory and Romantic literature. His debut collection, The One That Got Away (2014), draws powerfully on those academic interests, a fact that may distance readers not wholly familiar with the themes. The Madhouse System is a different beast entirely, and the poems in this second collection are nuanced, intensely personal considerations on vulnerability, hurt, anger, longing.

The moon and dark space on the cover of The Madhouse System signify the lunar influence on mental and physical health – a leitmotif that recurs throughout the collection. The book is divided into three sections: The Madhouse System, The Return and The Spells.

The title poem takes its name from Richard Paternoster’s account of the asylum system in 19th Century England. Paternoster was committed to an asylum by his father and brother following a dispute with them over money. Paternoster secured his release after forty-one days, and with the Captain Saumarez, named in the poem, founded the Alleged Lunatics’ Friend Society. The unlawful detention of citizens and the powerlessness of victims described in the poem is eerily prescient of current political events at home and abroad.

you would think yourself less secure
from the bloodied hands of evil men,
the proprietor doctors, the twisted priests,
the warders, half-mad dogs themselves,
all the agents of the Lunacy Laws
that mock our boasted liberties

Allen dedicated The Madhouse System to his son Matthew. His poem ‘The Art of Gardening: for Matthew’ is disarming, a deftly beautiful poem of love and guidance from a father to his son. It’s a block poem, but its punctuation aerates it, slows our reading to ensure we consider each piece of advice, each new wisdom in its turn. Having listed the dubious advice his son might meet from those who counsel caution/acquiescence to the norm, Allen writes:

let’s imagine we are two rounded stones,
well used to the weight of water passing over,
oblivious to anything that would stick […]

Allen advises his son to be discerning – so that all lessons, all sacrifice, all knowledge […] grown under your care to the size of a garden, are tended to in secret until secure in mind and person and he can become a somewhere you can invite the world to visit/somewhere you can call home. This poem is particularly affecting in its sincerity and the implication that life, in its cycle of nurture and growth, is ultimately about unconditional love.

Allen’s poems are startling in their intensity, and heave a weight of meaning through imagery. Consider this description in ‘Parkinson’s Disease: for Roy Stellars’:

by something other
than you can fully own,
volatile ghost,

foreign body,
a force that has stolen
your stance

Allen is deeply concerned with injustices in civil and political life, but two poems, ‘Letter from an Irish Poetry Publisher’ and ‘How to Improve your Sleep’ stand out for their acerbic humour. The former is particularly vicious: I cannot find one line/that speaks to me of anything other//than you and your unspecifiable/disappointments. In the brilliantly satirical ‘How to Improve your Sleep’ Allen advises you to

Leave your job, get divorced, put your children
into care, move to a countryside cottage
on another continent, break all relations […]

‘To the Socket: for Carrie’ is a poem of great tenderness for its core sentiment, but with a nod to Blake and Dante, it also points up the impermanence of life and human frailty and the trickery of romanticised love. With echoes of Neruda’s ‘Sonnet XVII’ and ‘The Nightmare: after Mary Shelley’, from earlier in this collection, Allen writes

and as she began to sing to me
the tilt of the earth corrected itself,
spring and summer re-established their hold,
and death shrank back into his cave,
falling into a dreamless sleep. […]

my dreams became a heap of cinders,
floating but dead, weightless remainders.

Many poems in The Madhouse System lie precariously close to desolation – Avoid excessive hope, indulgent despair/create nothing more for them to annihilate (‘Greek’) – but Allen never precludes the possibility of hope. ‘The Spells: after P.B. Shelley’, the final poem in the collection, is a resolution and a call to:

Start over. Start again. Rise up
from your latest defeat,
imitate the moon […]

Create
Create even before hope has arrived Falling in love with broken things (2016, Salmon Poetry) Alvy Carragher’s warmly anticipated debut collection, became a major talking point in October 2016 when the poet became the target of online trolls for a particular poem in her collection. The poem, ‘Numb’ is an unflinching account of Carragher’s rape when she was twenty-four. Irish national newspapers and The Guardian in the UK carried articles about the online reaction to the poem, and Carragher’s able riposte to the trolls. No poet should be defined by the content of a single poem or by the potentially destructive attention it received from agitators.

Carragher is known as a performance poet and her spoken delivery of her work is a tour de force, but it also carries to the page with equal vigour. ‘Numb’ is a chant between the dissociation of mind and a body under attack, and whose refrain is no. The pace is relentless, and with infrequent punctuation, the stress falls each time on the word no.

because no means no
and what about the wedge of another word,
beneath your tongue
not sure you should say it,
because it belongs with strangers faces,
and dark alleys and spiked drinks,
rape is a whisper from another girl

Carragher’s poem ‘Confession’, with resonance of Frank O’Connor’s ‘First Confession’, reveals itself reluctantly through the observations of a pensive, watchful child, through to its devastating conclusion:

before the softness broke and the silence fell,
we sat tight fists at the dinner table, waiting
for his words, hoping they landed on someone else

‘Mother’ is a deeply compassionate poem, in which Carragher communicates the complex nature of mother/daughter relationships, the desperate sadness in things left unsaid, and the realisation that love is an act of forgiving oneself and of letting go. This theme recurs throughout the collection. Carragher writes that mother:

taught us that nothing is funny
unless everyone is laughing

the nights you blew ice from your fingertips
so I could chase my dreams,
drove me to the corners of forgotten fields
so I could prove my footsteps matter too

In Falling in love with broken things, Carragher captures a life from infancy to womanhood, insisting on the healing power of love. She listens intently and is intuitive to sorrow and quietness in others. As we gather a picture of a woman struggling to cope, Carragher’s series of poems for her mother are particularly moving. In ‘What she planted’, an apparently carefree childhood is worried by parental discord.

when the silence settled
we always found her
in that place by the trellis,
bent low, pulling weeds,
humming tunelessly
to herself

There are many poems about heartbreak and young love in Falling in love with broken things. In ‘On letting things go’ Carragher lists the wise counsel from her Grandmother on dealing with that anguish.

In poems for her sister, Carragher loves, admonishes, colludes, is nostalgic but never sentimental. ‘We never said goodbye’ fills two pages and has no full stops, a metaphor, perhaps, for lack of closure. The concluding verse is utterly heartrending.

we’ll go back to the boreen
so you can walk that road again,
you’ll wear your black coat
and there’ll be dog hairs clinging on,
the blackberries will look a little different,
heavier now, from another type of rain

The poems in Falling in love with broken things work through sorrow and hurt to Carragher’s concluding poem ‘After the film’ and an affirmation of love.

I’ll think there’s love in it,
love, always,
at the bottom of everything

Of completely different sensibilities and writing entirely different poems, both Allen and Carragher make art that transcends the particular to find and describe truth and beauty in apparently broken things.

Eleanor Hooker’s second collection of poems 'A Tug of Blue' (Dedalus Press) was published in October 2016. She holds an MPhil (Distinction) in Creative Writing from Trinity College, Dublin. She is a winner of the UK Poetry Society Members' Competition, Spring 2017. A filmpoem, by George Hooker, from her poem 'Insight', has been selected by the jury of the Straight8 competition for screening in London, June 2017. eleanorhooker.com

The Cells of Night