On Non-Fiction about Housing and Homelessness 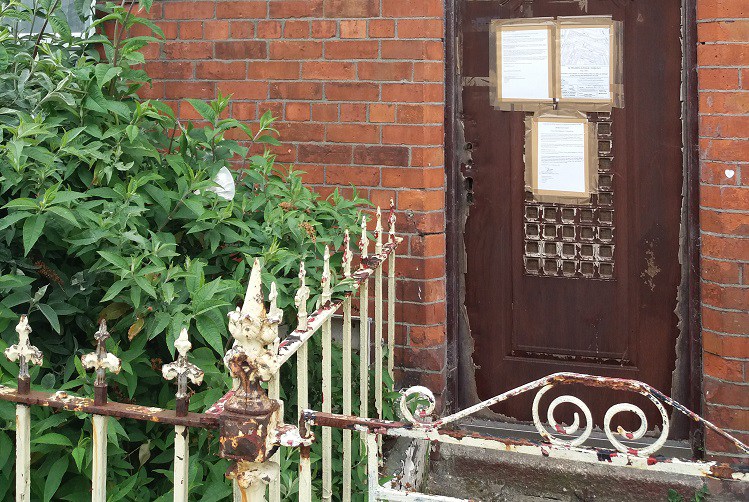 A few months after I launched Dublin Inquirer in 2015, one of our reporters told me he was done writing about homelessness.

As we consider how to cover the intertwined crises of the city’s contracting housing options and the expanding homelessness problem, the approach and shape of the stories that we choose to tell have subtle messages. This is something we’ve thought and talked a lot about as a local paper trying to understand the city.

Do you focus on the personal, employing “intimate” journalism to explore individual decisions and sufferings? Or the structural, to examine the forces that direct and constrain individual choices?

Will you spend your time and words describing causes and consequences, assigning blame perhaps and spotlighting mistakes and misdeeds? Or searching for solutions that have been proposed, trialled, put in place?

In Washington DC, some people spend their days and nights on a roundabout of buses, where it is warm and dry and relatively safe, trying to find a moment’s rest. In the past, they watched out for a favourite bus driver they called “Mr Wonderful”, who didn’t kick them off.

In her article “Go to Sleep,” DeNeen Brown told their story. She wrote it in 2005, but it seems timeless, a portrait of those without homes trying to fulfil one of the most basic human needs: the need for sleep.

Every month, government officials in Dublin release the figures for homelessness. News reports highlight the increase since the previous month, quarter, or year. There is power in these hard numbers that show the failures of government policies to stem the flow of people into homelessness.

There is a power, too, in Brown’s approach, which falls into what the journalist Walt Harrington calls “intimate journalism”. These are the stories that “uncover, describe and evoke the texture, tone and meaning – the warp and woof, as people say – of the everyday lives of our readers.”

They are stories about love and loneliness, grief and pride – those emotions that bind us all, that are such a force in our lives and yet receive little attention in journalism. Perhaps we mistakenly think they are the stuff of novels, not non-fiction.

Those emotions can even be found in articles such as “I Wasn’t Crazy” by Petula Dvorak. The story lays out the years-long battle by 80-year-old Wanda Witter, a rough-sleeper on the streets of Washington DC, to get the $100,000 she was owed by the United States government. It can be summed up in a couple of words: resilience and determination.

The power of character-driven journalism is that it can offer fleshed-out portraits of those who share the city, that it affirms the humanity of individuals and the complexity of personal struggles.

The risk is that we give undue emphasis to pull-yourself-up (or let-yourself-slip) narratives and stories of reinvention, rather than to the structural challenges that prevent people from getting on their feet.

How do we write stories that recognise both the structural obstacles and personal autonomy, whether it is trying to stay afloat while living in hotels, or trying to get back to work? It is a constant effort to try to understand the bigger dynamics that are at play.

In the book How to Kill a City, the journalist Peter Moskowitz looks at how government policies have heightened the unequal geography of four American cities, and how a history of disinvestment in cities has led officials to welcome white and moneyed people back to the centres – while the poor are pushed out.

In the book The New Urban Crisis, the urbanist Richard Florida likewise hones in on the economics of housing, and the soaring house prices in what he calls “superstar cities” around the world, including Dublin.

This is a natural process rooted in physical, geographical limitations in one sense, but it is also, in part, the result of “the efforts of urban landlords and homeowners… to restrict what is being built, and in doing so to keep the prices of their own real estate holdings high,” writes Florida.

One of the take-aways from Moskowitz’s book is that the pressure of the housing market is felt most by those on lower incomes, and in poor minority neighbourhoods in the US, but it also ripples well beyond that.

In the article “Dispossessed in the Land of Dreams” in the New Republic, the journalist Monica Potts tells the story of Suzan Russaw, who is evicted with her elderly husband from their home. They sleep in their van, until there are complaints from residents. The couple had “a respectable income, one that technically kept them above poverty, but it still wasn’t enough for rent”, wrote Potts.

Fixed on Fixing It

Dave Lordan, in his multimedia notes on the literature of homelessness, has said he is sceptical of the power of writing these days. His concern is that it has become “a detached, marginalised, ignored, melancholy, pointlessly meandering kind of a thing to be doing.”

He might say the same of journalism. As that young journalist felt as we were starting out, it can seem as if it is a hopeless, sadistic, directionless safari of misery.

We point to the problems: the rising numbers of homeless families, the doorways of rough-sleepers told there are no free beds for them, the overcrowded homes and the divided families.

While we shouldn’t ignore these realities, it sometimes seems as if we fail to move on to solutions. What is being done elsewhere? Can we do the same? What are the challenges to models to solve parts of the homelessness and housing puzzle?

That might partly be down to an “if it bleeds, it leads” mantra that uses fear to draw in readers. But others have different explanations.

Journalists are afraid of looking gullible, said Tina Rosenberg, co-founder of the Solutions Journalism Network, on The Business of Giving podcast.

Yet there are signs that this is the kind of journalism and non-fiction that people want to read. One of the studies done by the Solutions Journalism Network found that stories with solutions made readers feel better informed about the issue, and more likely to get involved in trying to solve the problem that was highlighted.

Once you start to look out for journalists who are fixated on finding solutions to unaffordable housing and homelessness, it opens up a world of stories – and empowers readers.

In The Atlantic, Alana Semuels has written about the use of community land trusts, whereby nonprofits buy up land that has to be used for affordable housing. It isn’t a new idea, she notes, but it is one that has gained momentum since the 1980s.

In the New Yorker, Malcolm Gladwell followed the story of Million Dollar Murray to highlight the idea that the best – and cheapest – way to help chronic, long-term homeless people to get back on their feet is to just take them off the street and give them an apartment with a full-time caseworker.

It can mean looking at smaller measures to alleviate some of the indignities of homelessness, such as having nowhere to put personal belongings: what about lockers for the homeless?

Or it can mean looking at more ambitious projects to help those on lower-incomes access stable housing, as one affordable-housing co-op has done in in Ballymun in north Dublin.

We are looking at how to write more solutions-focused journalism at Dublin Inquirer, and the best way to do that without becoming cheerleaders or making excuses for failures of policy or politicians.

There will always be a place for other kinds of stories too though, for the intimate journalism and the portraits of everyday lives, including of those who are homeless.

That’s not so that those who read it can feel entertained or relieved. It is because, in spite of all the junk that fills our newspapers and websites, I believe there is still a power in the idea that when we choose to write something, we are implicitly saying that this matters, that you matter.

In our Winter 2017 issue (Issue 37) we will have a special feature examining the causes and consequences of the inadequate supply of affordable housing here in Ireland. We’d like to invite submissions of poetry, fiction and non-fiction that explore different aspects of the ongoing crises in housing and homelessness.

International submissions are welcome. All work must be previously unpublished.

We will accept submissions until Wednesday July 12th. More information can be found over here.

Lois Kapila is the managing editor and a reporter with Dublin Inquirer. She has worked as a journalist in the US and India.