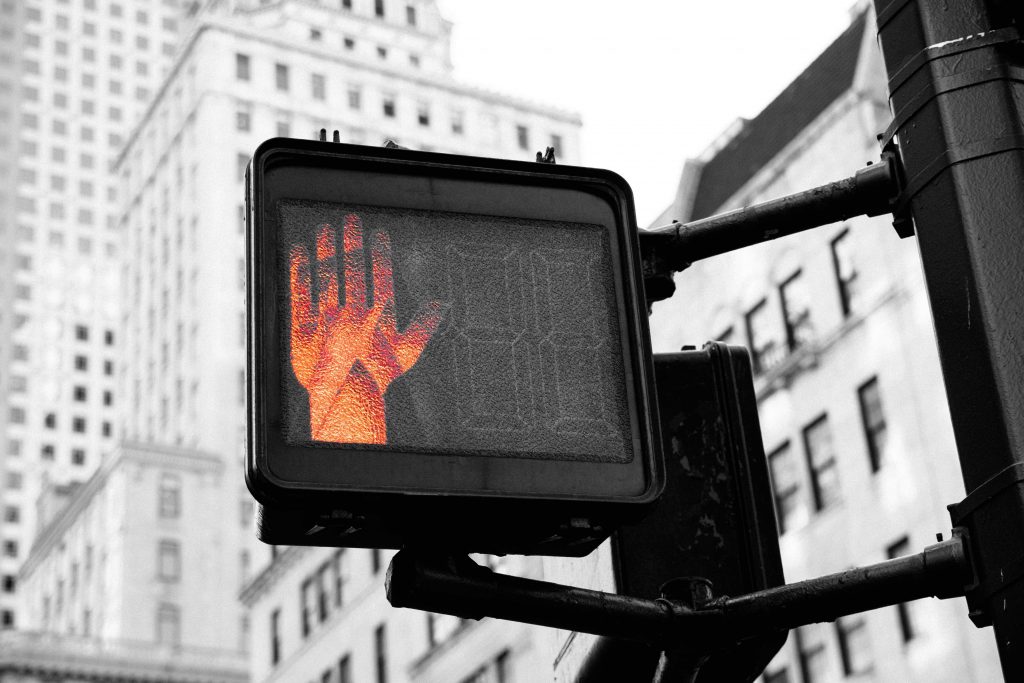 I was in the audience at Cork International Short Story Festival in 2011, sitting with a new friend from one of the festival workshops. In the same row was the acclaimed US writer Valerie Trueblood, shortlisted for that year’s Frank O’Connor Award. She leaned over and asked: ‘Are you writers?’

I didn’t know how to answer that question back then, but my friend replied that, yes, we were.

Trueblood looked at us. ‘Keep going,’ she said.

She went on to tell us how she’d stopped sending her work out for 30 years, thinking that she wasn’t any good. That was in the 1970s. Her first published story was in 2004. I would later read an interview where she said that it was the rejections that had stopped her sending her work out, even though she described them as kindly by today’s standards.

It’s tough to keep going when the messages we’re receiving seem to suggest that we should do the opposite. The publishing world can be cruel. A friend who used to read the slush pile for a New York literary agency once told me about a template rejection referred to in their office as the ‘Stop Writing’ letter. Nobody has ever told me to stop writing, though I suppose it’s possible that they couched it in such polite language that it went over my head. Even so, rejection, when I first started sending out stories, felt crushing. It sat upon me like a physical thing, squat and heavy. It sapped creative energy. Rejection—or more accurately, the sense of pointlessness it triggered—wasted so much precious time. Back then, if someone had told me to stop writing, I very well might have.

Alongside the disappointment of rejection was the shame. How had I ever thought that story was good enough to send out when, clearly, it was pathetically bad? And now someone had read it. Someone I might bump into at a festival or book launch. The thought was humiliating. I’d yet to learn that the writing life is populated by myriad small humiliations, with, now and again, a larger one. We make ourselves vulnerable every time we write honestly, every time we bring a piece of ourselves to the page.

There’s a Buddhist saying (isn’t there always?): ‘Before Enlightenment: chop wood, carry water. After Enlightenment: chop wood, carry water.’ It feels like an apt analogy for rejection in the life of the writer—constant, ever present, necessary. It’s our perspective on rejection that can change. Easier said than done, of course. One day while tidying my desk, in among the detritus of broken paperclips, receipts, and all those scraps of paper (you know the ones) with scribbles that must have meant something once but now made no sense, I found a sheet of paper whose sentiment, at least, was in no doubt. Over and over, like a schoolchild doing punitive lines, I’d scrawled in green ink: ‘They can all just fuck off.’ Most un-Buddhist. I have no recollection now of which particular writing misery prompted that hissy fit. It was a moment in time. Alright, maybe more than a moment. Maybe it was one of those bad writing days, or even weeks. Sometimes, if a writer is unlucky (more about luck later), the bad writing moments can last months. Occasionally, years. The thing is, it passed, I kept going.

‘All of writing is a huge lake,’ Jean Rhys said. ‘There are great rivers that feed the lake, like Tolstoy or Dostoyevsky. And then there are mere trickles, like Jean Rhys. All that matters is feeding the lake. I don’t matter. The lake matters. You must keep feeding the lake.’ This quote is something I find myself coming back to on days when I’m wondering: why bother? There already exists an abundance of books in the world, multitudes of them better than anything I will ever produce. Why keep going? I would never categorise Jean Rhys as a ‘mere trickle’, but I like her lake analogy. When we send our stories out into the world, when we feed that lake, they become, if I may be permitted a cliché, part of something bigger. I see writing as a way of going—or getting—through life, what a Buddhist might call a practice. It’s a practice that’s focused on creating, as opposed to destroying. Our stories might be mere dots, but they’re engaged in a sort of literary pointillism. And since we’re on the subject of rejection, it’s worth remembering that while the word ‘pointillism’ would in time come to denote an art movement, it was initially a pejorative term coined by critics to ridicule its practitioners.

But back to the thorny question of luck. I feel it would be dishonest of me to write a piece on rejection without acknowledging that I’ve been lucky. And yes, luck is most definitely a thing. Many writers put in the hours and years and produce good work; only some of those writers receive recognition early, if at all. I’d like to be able to say that the external validation didn’t matter, but it did. The journal acceptances, the prizes and short-listings, even though I knew they were subjective, all helped counteract the doubt. I had so little belief in my abilities that without the external validation I might have stopped writing. I have immense admiration for those writers who keep going in its absence. Jean Rhys withdrew from public life in the 1940s and was only tracked down when advertisements were placed in the New Statesman, looking for her. Few writers will receive such a public call to keep going. When recognition did eventually arrive for Rhys, she declared: ‘It has come too late.’ The world is very fortunate that she kept writing.

Now that I’ve been writing for some years, any suggestion that I should stop would bounce right off me. Being published helps, of course. If it happened once, it can happen again, right? But I think it’s more than that. These days my decision to write, and to keep writing, is no longer tied to a need that someone should like my stories. Yes, it would be nice if they did. But I’m currently finishing a novel at peace with the fact that ultimately nobody may want it. Rejection never goes away, it just shape-shifts. I’m loving writing this novel that may never be published. Age has something to do with it, I think. I’m older now and may even be a little bit wiser. I’m slightly thicker-skinned. But it’s more that writing is now embedded deeper in my life as a practice. I can’t claim enlightenment, but I’m happy to keep on chopping the wood, carrying the water.

Next: Unfailing by Jill Crawford

Danielle McLaughlin’s short story collection Dinosaurs on Other Planets was published in 2015 by The Stinging Fly Press. In 2019, she was a Windham-Campbell Prize recipient, and won the Sunday Times Audible Short Story Award. Her first novel, The Art of Falling, was published in 2021 by John Murray and was shortlisted for the Dublin Literary Award 2022.

For Someone To Remember Them