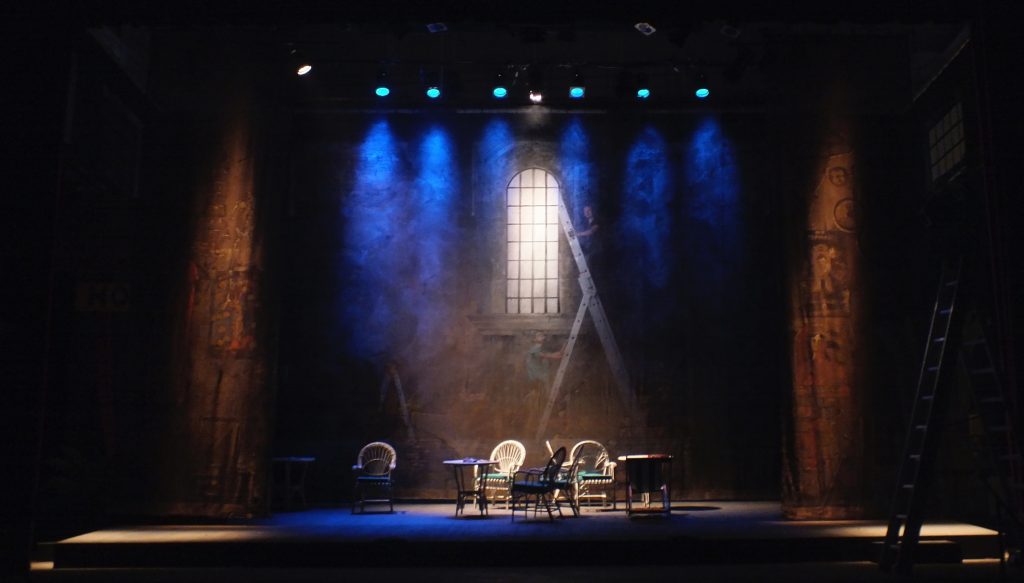 I am the person and writer I am because I failed at a previous incarnation of life. Like most actors, I accumulated countless rejections and humiliations, surpassing in number my accomplishments. Through competing and losing in acting—as in sport—I fortified, sharpened, learned. I evolved better tactics. My mettle and devotion were tested. Rejection was part of the deal and felt worth it. And though it gnawed away and undercut my equilibrium, I prided myself on sticking at acting because I thought it meant I was more tenacious and more committed. I wasn’t bad at it. Sometimes, I was quite good. I was getting better, deepening. I never thought I’d give up. The end came fast and early. I am grateful.

The last rejection I experienced in acting was too bewildering and intense a failure for me to continue—at one alien moment, I considered walking into a lake. No job had mattered more. I’d been a member of the theatre company for a few years. We were developing a play that would tour around the world. I understood it to be an attempt to break open the legendary dual narrative of my country and show the visible and invisible effects on all, regardless of politics or birth. God, how naïve we are until we’re relieved of our innocence. I had drawn in people from a mixed world. These stalwart, modest people from varied backgrounds, who cared wholeheartedly about a just picture of home and of real life, had shared private and secret experiences. We had hoped for something true, something complex. I believed we could show the rawness of what had taken place in living memory and, also, what else we were.

But I was taken apart—and I could not recover. In the end I allowed the motley community I was meant to be representing to be reduced then ousted from the story of our own land. The play became yet another intoxicating lie of rigid sects, rigid classes, simple right and wrong, clear villains and victims. The experience shattered for a time any belief I had in my capacities and those of the theatrical form. I no longer accepted what I’d passionately, semi-religiously believed. I no longer bought that art could authentically reveal and change, that it could contribute to balance and empathy outside—never mind inside—the little room of a theatre. I doubted to my centre. My hope and purpose quelled, too often art seemed to me now a virtuous pose, a hypocritical and self-elevating activity masquerading as communal endeavour. I’d witnessed so much fraudulence, sanctimony, nepotism, star-fuckery, exploitation, aggression, indifference, scapegoating, simplification and abstraction of genuine life. Too often, the stuff that was produced was superficial crap or reckless inflammation. And yet.

When the last ever rejection in acting took place, a clear image came to mind of a soul being ejected out of a dead body. It dropped straight into a crude and neglected vessel that had been waiting years. I turned to an occupation of my youth: writing. My stuff was chaos. I wrote, and continue to write, through it. I’m becoming a new storyteller now, fired by rawer intentions, less compromised.

There were rejections before, there have been rejections since, and there will be more rejection ahead. Still, that most painful rejection—not only of me as an actor but a rejection of the humanity and legitimacy of the people with whom I identify in my disputed country (call it what you want)—has been the making of me. I know what happens when only extremes are allowed to exist and suffer, when ambiguous and unpinnable people who evade ready categories are vanished from the picture while those who are certain dream of erasing each other. When your voice is lost and your place in society and history is wilfully misunderstood, you understand why you must speak and take space. Either you fold or find a way. You don’t waste your energy anymore. You push through because you won’t accept the alternative. You won’t let someone mistake you.

At school, I was an avid player of sports but lacked what my family called the grrr factor, the killer instinct; I could tolerate losing a game. In my academic work and in acting, I seemed to possess the ability and stubbornness to go back and try again. Most of what I’ve achieved involved a failure first. I revisited old ground and unfailed myself. I still do so. I receive disappointing news, I screw my courage to the sticking place, and I reassess. Do I care enough? Did I catch it all? Where have I been lazy? What have I missed? Is this worth it? If not, why? Make it realer. Make it matter. Rejection for me is an opportunity. It hurts at first and you doubt if you’ll ever get the thing published. If I care enough, I persevere. Now I only work on things that matter keenly.

Every time a story has been turned down, I’ve listened to the feedback and opened my eyes, mind and heart, applying them to fix what’s lacking. I’ve changed the piece, possibly though not necessarily in the way suggested. I’ve made the piece strong enough that I can stand by it, even if nobody wants it and it never meets a yes. That’s been the case for every significant story I’ve published: a previous rejection or rejections gave me the chance to make it what it became, allowed it to become what it was supposed to be. The editors, who rejected an earlier version, did me a favour. They played an intrinsic part in the realisation of the piece by stopping it from emerging prematurely. I am indebted to them.

You can be haunted by ease. If a thing comes easy, you don’t always learn from it. When you’ve failed—or have been failed—and have borne some resistance, you’ve a better idea of what you did and how much it cost. You’ll battle to honour your sense of what’s true in the face of unrealities and distortions. I think you must make peace with rejection. Okay, you mightn’t like it, but it can be an ally, a guide, one of your instruments, a source of information and energy. And, if it’s unjust, being rejected has a unique propulsive effect: I’ll bloody show them!

Next: Do Better by Neil Hegarty

Jill Crawford is from County Derry. Her stories have appeared in n+1, The Stinging Fly, Winter Papers and Being Various: New Irish Short Stories (Faber). Essays have appeared in Caught By The River, Holy Show, Boundless, and The New Frontier: Reflections from the Irish Border (New Island). A novel, supported by ACNI, will be completed very soon. Prior to writing, she acted in theatre and on screen.

A Gypsy Woman In Ireland