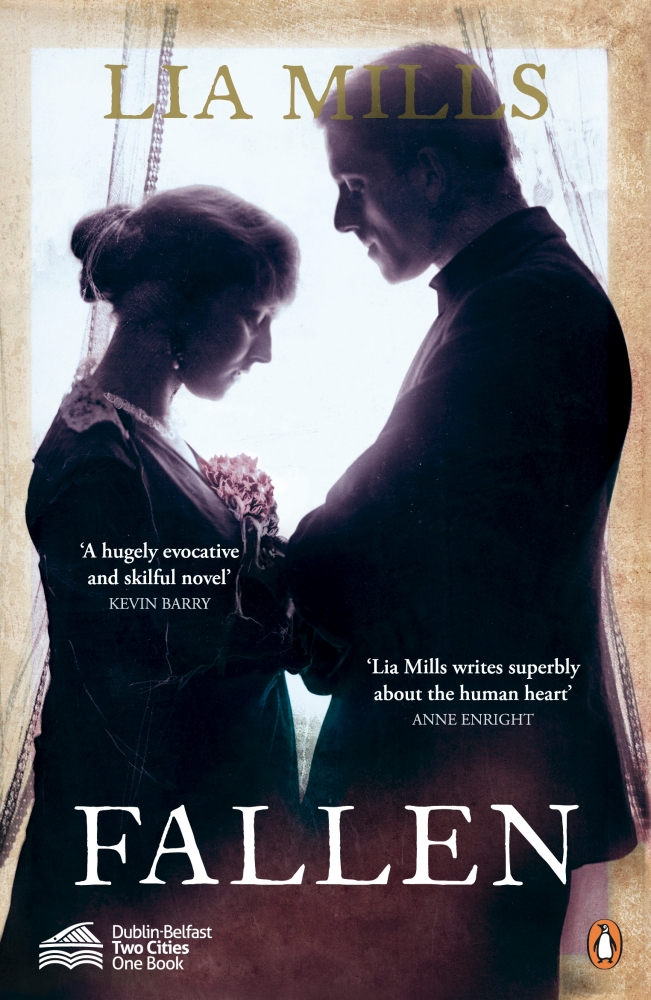 A God in Every Stone / Fallen

Born in Karachi, Kamila Shamsie (2013 Granta list of Best Young British Novelists) hails from a long line of writers and political activists, many of them women. Her mother is journalist Muneeza Shamsie, her great-uncle was Pakistan’s former foreign secretary, and her great-grandmother the political reformer, Inam Habibullah.

A God in Every Stone is Shamsie’s sixth novel, following the acclaimed Burnt Shadows (2009). It is structurally complex, its story shifting across time and place and refracted through several primary characters. The action begins in coastal Caria, now in Anatolia, at the time part of the Ottoman Empire. It is here, in July 1914, we meet Vivian Rose Spencer, a young Englishwoman embarking on an archaeological expedition. Under the blistering sunlight, we watch Viv fall in love with her mentor, the Armenian Tahsin Bey, and, three weeks later, hear that war has broken out across Europe.

As the Empires take to the stage for their last bloody aria, the lovers are forced apart. The novel also begins to fracture, moving to 1915 where it shifts between wartime London, the trenches at Ypres and a segregated military hospital in Brighton. We witness Viv, now working as a VAD nurse, unwittingly comply in a terrible betrayal. We meet the novel’s second protagonist, Qayyum Gul, a Lance-Naik with the Pashtun regiment, maimed in body and soul. In the summer of 1915, Viv and Qayyum leave Britain separately, but for the same destination—Viv to find an ancient artefact prized by Tahsin Bey, Qayyum to return home.

It is here that the novel’s setting comes into sharp, fragrant focus. At its heart, this is a book about Pakistan, specifically, Peshawar, Qayyum’s hometown: the lovely ‘city of flowers’ on the Westernmost fringes of the then-Raj.

In Shamsie’s tense, beautiful prose, Peshawar becomes a living dialectic, layered politically and archaeologically with the leavings of successive empires. Peshawar is also one of the novel’s characters: a force that shapes the human actors, funnelling them through its high walls, drawing them to dangerous secrets buried in its landscape. It is Shamsie’s third protagonist, the young Najeeb Gul, who resonates most with Peshawar ’s subtle contradictions. Najeeb, like his brother Qayyum, is a native Pathan. But he is also like Viv, who becomes his mentor: eager, inquisitive, fascinated by history.

‘Lala,’ he cries to his brother, ‘why do you not love the past?’ He assimilates with the occupying British in becoming a ‘Native Assistant’ in the Peshawar Museum. But he is also the character most resolutely himself: the one who loves most selflessly, who sees the brutal insurrection at the climax of the novel most clearly.

This climax occurs over three days in April 1930, a key moment in India’s struggle for independence. Here Shamsie’s prose explodes with exquisite, gripping precision. Time, place and voice are shattered as the inhabitants of Peshawar march for their freedom. They resist, attack, defend, die, and—in a lasting, shameful betrayal—disappear. It is telling that the final character to appear is the silent Zarina; fierce, veiled and pregnant—both with memory and with Pakistan’s future, growing inside her.

In Ireland, as in Pakistan, sovereignty is a tricky subject. Some Irish people like to rant about 900 years under the Brits; some prefer to praise the lovely hat the British Queen wore during her 2011 state visit. Some pride themselves on their ‘Irishness’, yet most can’t agree on what being ‘Irish’ means—much less come to a consensus on what exactly about this turbulent nationhood is worth celebrating. We have too much baggage: the Famine, the Church, the North—the list is endless. Throw the war of 1914–1918 into the mix, and ‘our creation myth’, as Lia Mills has described it, the story of the 1916 Easter Rising, becomes even more problematic.

Like Viv Spencer, Katie Crilly, Fallen’s young female protagonist, is a daughter of privilege, driven by the need to do something meaningful in her life. Echoing Najeeb, she is a ‘passionate Dubliner’, hungry to understand history. But at the start of the novel, in the ‘unnatural heat’ of August 1914, we learn that Katie has just refused a place on a Masters degree, swayed by her bourgeois mother’s influence. Returning home, Katie finds her beloved twin brother Liam dressed for war. The stage is set for a Bildungsroman which, like Shamsie’s novel, plays out against a far wider coming-of-age story: the movements towards national self-determination during the first decades of the 20th Century—narratives in which the war between the Empires is one crucial dirty thread, though not the primary focus.

It takes skill and integrity to craft something fresh out of such familiar material. Mills has both. Her language shimmers and provokes, and her emotional honesty is remarkable: clear-sighted, heartbreaking. ‘Grief made fools of us all,’ realises Katie, trying to absorb the news of Liam’s death on the Western Front. ‘There was shock in it, but there could hardly be surprise… What did we think would happen?’

In the face of such profound loss, Katie has to find new meaning for her life. Through Dote Colclough, an elderly historian researching Dublin’s monuments, she begins the painful process of recovery. Dote and her companion May offer Katie a different vision of womanhood: questioning and independent. Through them, Katie meets Hubie Wilson, Liam’s former comrade. And it is alongside Hubie, Dote and May that Katie experiences the events of Easter Week, 1916.

Mill’s depiction of the Rising, which occupies the largest part of the novel, is singular: unfamiliar, askance. Yes, there’s gunfire, and uniforms, and looting, and Sackville Street in flames, described in an extraordinary two paragraphs that linger in the imagination long after the book is finished. But the imagery is fragmented, as jolting as the artillery fire that bombards each chapter. We see a revolution in shreds and patches as Katie skitters around, trying to stay out of danger, help where she can, get back to her loved ones. Chaos is everywhere, not least in allegiances. ‘Which side are they?’ asks Isabel, Liam’s fiancee. ‘Does it matter?’ says Katie.

Mills is subtle in indicating the ideological fault-lines of the time; the contesting of history already starting to take place. But for Katie, who has to make her own sense then and there, the only sovereignty that ultimately matters is governance over her own life, and its most intimate, vulnerable vessel, her body. In a gorgeous stylistic choice, Mill’s prose underscores Katie’s journey. The early chapters of Fallen have a crisp, almost mannered edge; we could be in Henry James territory. By the end of the novel, Katie’s voice—unlike the lost, charred words floating in Dublin’s morning breeze—is utterly embodied. Sensual, visceral, integrated with her grieving heart, her passionate intelligence—an echo of the modernists’ great legacy, the literary stream-of-consciousness.