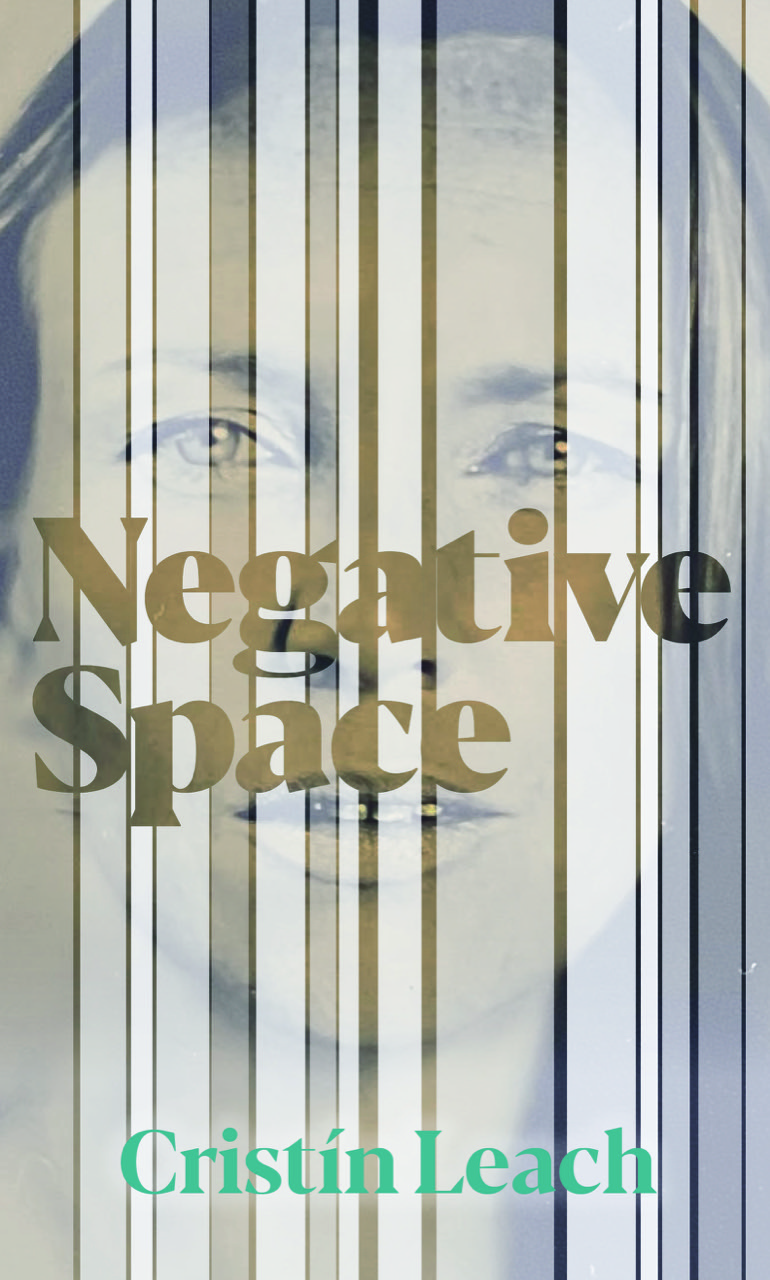 In her mid-thirties, and married with children, the art critic Cristín Leach begins to suffer from tinnitus: ‘a dull muffling that went on to become occasional buzzing before transforming into [a] ringing’ that is omnipresent and terrible. One GP suggests blocking the nose and blowing; one implies a mystery head injury might lie behind it, and the third sends her to a dentist who blames excessive grinding of teeth. Why grinding? Stress. Why stress? Her husband is travelling a lot for work; this is not, she reasons aloud, a reason to be stressed.

I looked at the dentist. The noise in my ears got louder. The dental assistant moved to the other side of the room. The pitch got higher. I started to cry in the chair.

One year later, a text arrives informing Leach that her husband has been having an affair. This deceit began at roughly the same time the tinnitus set in. In the moment the message arrives, Leach—mid-way through a book review—both reacts and shuts down, first shaking, but then settling numbly back into the task at hand. ‘I have no memory of what I wrote or how I finished and filed the copy on time,’ she writes in Negative Space, but she did. In the days that follow, she spends time ‘shovelling gravel into potholes on the long driveway that leads from the gate to the house.’ Filling empty space with substance (words or dirt) is in both contexts compulsive and deflective. The truly interesting, complicated, and even feral part of this situation and story is located in absences instead—in what is missing, unseen, implied, open for interpretation, opaque.

All of which makes it complicated to write about. Negative Space is a memoir of sorts, a record of a time of life and its catastrophes, but its main concern is contemporary art. Or, rather, the embodying of those spirits and effluents given off by art. Leach, one of Ireland’s best-known art reviewers (at a time in which this genre is given less and less mainstream space), has been working to transmute feeling and tone to print for many years. Art reviewing, she explains, must be personal but also objective—a task that sounds simple but requires intimate risk. It strikes me that it differs from book reviewing, because books give you plenty of meta-indicators as to how they expect to be read, without, if they are good, being reduced to these. Artworks, if they are good, can give you open-ended, non-compliant, mystical experiences instead.

In Negative Space, then, the writing life itself is dissected along with the marriage breakdown as examples of states of being in flux. Early on, she quotes Seamus Heaney: a writer is someone ‘who will continue to estimate their own identity through how well they can write’. This imperative is especially fraught for a person whose writing finds its meaning in scaffolding, extending on and extrapolating from the creative work of others. Five days after the affair revelation, Leach sits with a video work by Amy Walsh in the basement of Kilkenny Castle and records, in her notebook, thoughts on this work as ‘an uplifting, mysterious reminder of the beauty of this earth’, something which kaleidoscopes surreally on the screen, and decides in this rhapsodic frame of mind to fight for her marriage. This attempt does not come good; there is painful counselling, painful parting, painful realisations, plummeting weight, and loneliness. The family home is dismantled and sold. But the works encountered—by Irish artists like Saoirse Wall, Michelle Browne, and Dorothy Cross, as well as international names familiar and unfamiliar—continue to open these chasmic spaces of possibility, providing Leach, who began her career as a child book reviewer for RTÉ, with new and luminous articulations of experience.

Negative Space has been compared to John Berger’s seminal Ways of Seeing because of its—strongly female and embodied—emphasis on the art of looking at art, but Aftermath, by Rachel Cusk, seems equally relevant as a book with an insistently female way of anatomising the end of a marriage. While Cusk’s baroquely personal version of events weaponises words, however, Leach has a sparer, simpler, elliptical style. The book is divided into sections—writing, seeing, listening, sounding, sinking, breaking, healing, home—which organise the story around themes and observations instead of a timeline. It is ruminant, in other words, rather than recriminatory. ‘Seeing’ also feminises this notion of negative space—of a gap in order or substance or knowledge—by recalling a drawing lesson in childhood. The writer’s mother showed her ‘how to draw objects by drawing the gap between them, by drawing what they are not’.

If you are taught from a very young age to look at the negative space, it does something to how you see the world. It leaves you with a certainty that sometimes what is not shown or seen is as important to giving an object, a concept, a situation or an experience its shape as what is apparently solid and visible.

It is a mobile metaphor. Reviewing Negative Space in the Irish Times earlier this year, Brian Dillon observed that public writers can map their own happy and unhappy life events onto past output, of which there is usually a digital record. Two records, then, come to exist: the intimate and the official, with a tension attaining between them any jobbing writer can empathise with. The negative space of Negative Space in some way mediates this tension, but it also mediates a lot of things, operating as a strategy for diffusing attention, diluting intensity, and generally ventilating the world of the anguished nuclear family in ways a work like Aftermath cannot do.

There is, for instance, the gap between two people communicating, or just living, at odds. For this Leach provides the example of Kaitlin Prest’s A Kiss, a short piece of radio drama made from telephone conversations. To introduce the ambivalent vacuity of the body itself, she recalls an extraordinary exercise in ‘drawing’, or expressing, the sensation of a cervical smear exam: ‘I came home and drew a simple pencil line drawing. In the first square, what looked like a small chimney brush had just been pushed through the mouth of a glass bottle.’ The accuracy of this word-portrait-of-a-pen-portrait-of-an-unspeakable-sensation is almost hair-raising to me. Swelling or otherwise ‘present’ absences also come from bodily experience—the open-throated O sound made by a woman in labour, the screams of a small baby, the wailing of an experimental yoga group ‘singing’ their emotions to one another on retreat. The sinister swell of water on a youthful trip to Thailand, which turns out to be ripples from the Indian Ocean tsunami of 2004. Negative capability as hetero-pessimism comes in the form of a well-meaning aunt who tells Leach, ‘I don’t know a single man who hasn’t done this’, meaning infidelity.

When the French artist Christian Boltanski dies, the writer looks into his Archives du Coeur, a collection of audio files featuring real heartbeats. The anecdote opens smoothly onto a memory of losing a grandfather, suddenly, to heart failure. When this event happens, Leach and her sister flag down an ambulance with excitement outside a 1970s bungalow; they are drinking water from ‘washed-out shampoo bottles’ and, in a single detail, the specificity of memory blends into a larger, weirder, more suggestive arc of symbols and repetitions: bottles, hollows, water, cavities, chests. This sense of speculation and open-endedness, of energy and potential, gives the book a quality that transcends the memoir or art-critical lenses we might read it through—those meta-indicators of what to expect—and makes its content feel, somehow, more ambient. Tinnitus, explained, is really a derangement of ambience, a degree of aural attunement to the atmosphere that is too intense. Softening this shrillness into a poetics of space in Negative Space allows Leach to dignify what are really experiences of marginality (femaleness, post-family isolation, critical and contextual writing).

Negative Space’s willingness to engage with this kind of dispersed, effervescent, or atmospheric detail—its refusal to be completely sure about anything—also means that a book about exposing life events feels private and slightly mysterious. In this it is suggestive of Doireann Ní Ghríofa’s A Ghost in the Throat or Ian Maleny’s Minor Monuments—works in which each writer seems to be trying to account for the very affect of privacy, of intimacy, of loneliness. Brian Dillon is a relevant influence, but so is Deborah Levy. A longer essay would go right into the aesthetics of post-divorce feminine experience in the culture industry, but that is a whole other complex of hunches and thoughts I will spare you for now, saying only of Negative Space: rich and strange.

Niamh Campbell won the Sunday Audible Short Story Award in 2020 and the Rooney Prize in 2021. Her novels This Happy (2020) and We Were Young (2022) are published by Weidenfeld and Nicholson. She lives in County Clare.