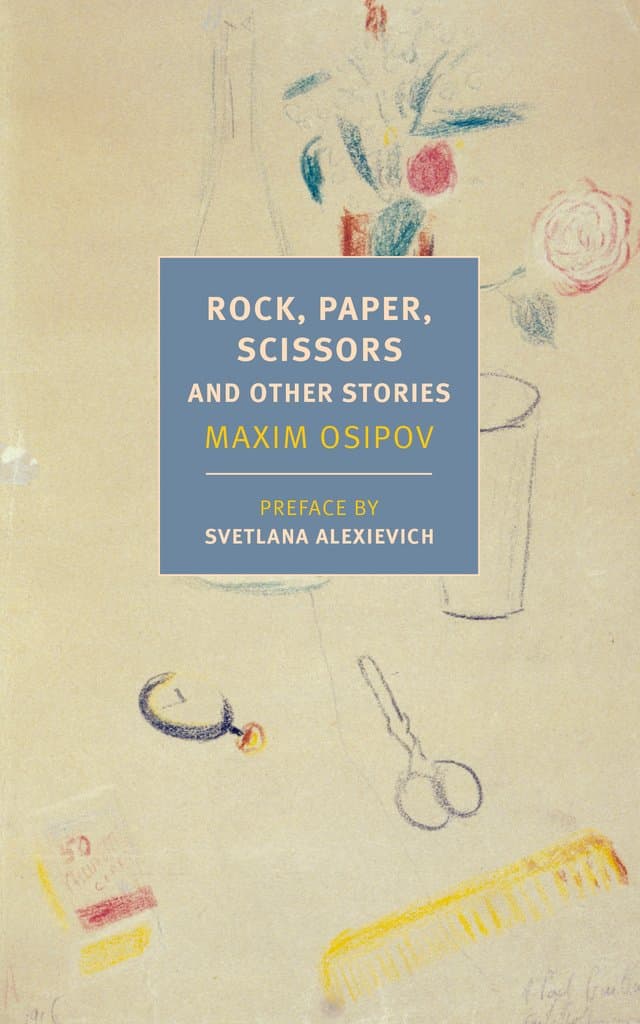 Rock, Paper, Scissors and Other Stories

Being a doctor is up there with being a priest as an authoritative social role. The doctors in Chekhov’s stories are better people than his bohemians and artists; they are practical men, and their scientific knowledge is a moral force in the world. In 1890, Chekhov put aside fiction and made the arduous journey across Siberia to the island of Sakhalin, then a Czarist penal colony, to report on the lives of the convicts there. He was, as he put it, paying his debt to science. Possibly paying with years from his own life also, since he was tubercular. He had begun coughing blood six years earlier, when he had qualified as a doctor. His work on Sakhalin is a plea for the humane treatment of the condemned.

Then we have the strange case of Dr Louis-Ferdinand Destouches, better known as Celine. Celine, appearing as a doctor in his autobiographical fiction, is a compassionate man. He treats the poor for free, and is disgusted at the heartlessness of a society that allows poverty and suffering. He eventually blamed the Jews for much of the trouble. During the Nazi occupation of France he kept up his anti-Semitic invective in the collaborationist press even as French Jews were being deported to the death camps.

Maxim Osipov too is a writer and a doctor. He is sensitive to the paradox Celine illustrates – that not much separates compassion from disgust. Indeed, the two feelings can be present simultaneously. Osipov shows that there is much to be learned at this dangerous intersection. Too much misplaced compassion and you’re mincemeat. Too little and you’re dead in another way.

Rock, Paper, Scissors and Other Stories, the first collection of Osipov’s stories to appear in English, is a diagnosis of a dysfunctional society. One where there are “fewer and fewer eccentrics […]  When I was young, they were every place you looked. So where had they all gone? I tell you where: They succumbed in the struggle for existence.” (‘After Eternity’). In the same story, a doctor, looking for an elderly patient who has gone missing, knocks on the door of “a typical local fellow” who combines the standard suspicion of strangers with complete indifference to the fate of his neighbour: “I say something quickly, not very distinctly, but with force, confidence. No one listens to the words you say. What matters is the tone.” In an aside, the typical local fellow is described as “the bedrock of the regime”. There is strategic ambiguity as to which regime is being referred to; it could be a past regime, the present one, or one that is coming into being.

The first story of the collection, ‘Moscow-Petrozavodsk’, begins with the affirmation: “To deliver man from his neighbours – isn’t that the point of progress?” Is it? the reader asks, pausing at the outset, unsure what sort of complicity is being demanded. It continues: “And what are the joys and calamities of humankind to me? That’s right – nothing at all. Then why is it I can’t have any time alone, even when I’m travelling?” The narrator has boarded a train for a fourteen and a half hour journey with the knowledge that the public “are almost invariably a source of unpleasantness”. He is joined in his sleeping compartment by two men.

The first one is simple, primitive looking. His head, his hands, his boots – everything is big and crude. He sits with his jaw hanging open, like a moron. A sweaty moron. He has his phone out and he’s playing a game. Trrrink-trrink if he wins, and if he loses – blllum. He’s tugging at the zipper of his jacket with his free hand – another noise. And he’s sniffling, too. Still, at least he’s probably sober.

Pages follow of the petty annoyances suffered by our finicky narrator. The descriptions of the people and situations are vivid and funny. Then, in the morning, he is responsible for a misunderstanding that causes his two fellow travellers to be pulled from the train by the police and savagely beaten on the platform. The narrator now feels sorry for the victims and is outraged at the violence of the authorities. That evening he goes to a police station to hand in the baggage the victims had left on the train, and to protest, only to learn that what he had witnessed was their arrest for a particularly brutal murder, carried out for the sake of money. Then, in one of the odd narrative twists that characterise Osipov, the police officer tells the doctor a story about his father, a Jew, who was picked up by the Germans during the war and survived a labour camp by using papers he’d filched from a dead Ukrainian. All the killers in this horrible war story were just ordinary people, the police officer contends.  At this point the opening sentence – about progress delivering us from our neighbours – is no longer mysterious.

And we no longer excuse ourselves quite as easily for being ordinary people. Being an ordinary person is a daily challenge.

In ‘The Gypsy’ we meet another doctor. He learns more about his patients’ lives than he wishes to. One of his patients sells drugs, her first husband hanged himself, the current one has no legs and begs for change in the street. “Truth be told, he was getting fed up with all these hard-luck stories. Of course, a doctor shouldn’t think such thoughts, let alone express them.”

The next patient is old, uneducated and unwashed. When she undresses, a suffocating smell fills the room. All she wants from the doctor are the little pills. The good ones. To take in the evening with a drink – for happiness. The doctor drains fluid from her lungs. After she leaves, the nurse, “a sensitive ‘Western’ type’, opens all the windows and sprays the room with air-freshener. “’You’ll forgive me,’ the nurse says, ‘but to be frank, I don’t feel sorry for people like that – not one little bit. They don’t deserve treatment.’”

This, then, is the situation. We have a limited capacity for sympathy. Life in a rough and disordered country provides you with ready rationalisations for withdrawing empathy – hard luck-stories every way you turn. But there is no redemption in ‘progress’ either, when it is a fantasy of a sealed compartment where other people, with all their joys and calamities, will not bother us.