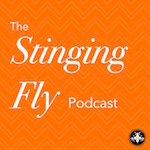 For the third episode of our podcast, Kevin Barry reads ‘The Woman With Too Many Mouths’ and ‘The Long Lost Father’, two “strange and elusive” stories by Cathy Sweeney.

Cathy Sweeney is a writer living in Bray, County Wicklow. She has published short stories in The Stinging Fly, Southword, The Dublin Review, Icarus, Meridian, and in the 2015 anthology Young Irelanders, published by New Island Press. Cathy’s contributions to the Stinging Fly are collected here.

Kevin Barry is the author of two award-winning novels, City of Bohane and Beatlebone, and two short story collections, Dark Lies The Island and There Are Little Kingdoms (published by the Stinging Fly Press). Along with Olivia Smith, he is co-editor of the annual Winter Papers anthology. Kevin’s contributions to The Stinging Fly can be found here.

The Stinging Fly podcast invites Irish writers to choose a story from the Stinging Fly archive to read and discuss. Previous episodes of the podcast can be found here.